Govinda’s next Fryday and Kirti Kulhari’s film 50:50 in trouble?

Kirti has a film on Uri attacks in her kitty and Govinda too might soon be seen in ‘Rangeela Raja’. 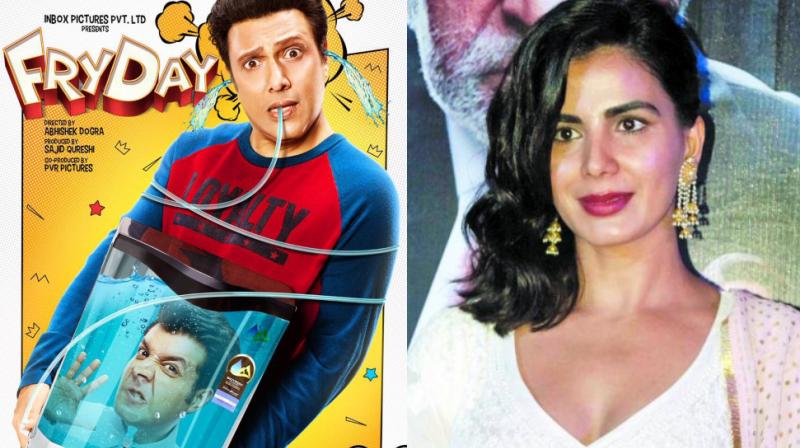 Poster of Govinda's 'Fryday', Kirti Kulhari at an event.

Even though she gained fame with ‘Pink’, bad luck seems to have hit Kirti Kulhari hard as she failed to make run ‘Indu Sarkar’ on her sole shoulders or even be remembered for her role in Irrfan Khan starrer ‘Blackmail’.

Things don’t appear to be improving for the actress anytime soon and the reason for us saying so is because despite being offered a role with Randeep Hooda, her film will not be going on floors.

A source informed us, “Kirti Kulhari was signed opposite Randeep Hooda in Ashwini Chaudhary's (‘Jodi Breakers’ fame) next ‘50:50’ produced by ‘Nanu Ki Jaanu’ producers Inbox Pictures. But the film has been shelved since the production house is rumoured to be shutting down.”

But it isn’t only her, even one-time superstar Govinda has been target of bad luck since a long time, as our little birdie went on to add, “Govinda’s ‘Fryday’ which was announced some time back, will also not release soon. It probably might never release.”

On the bright side, Kirti has a film on Uri attacks in her kitty (even though her role isn’t as meaty). Govinda too might soon be seen in ‘Rangeela Raja’ and ‘Bhagwan Ke Liye Mujhe Chhod Do’.