Convicted Salman Khan will have to furnish two bail bonds of Rs 25,000 each as a personal bail bond. 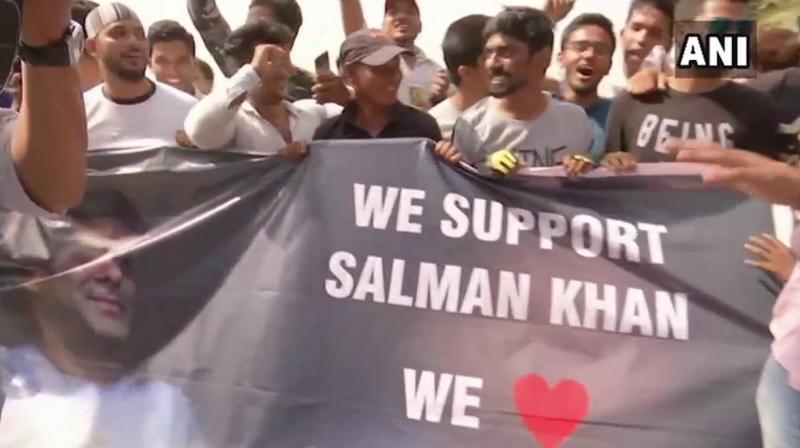 Salman will have to furnish two bail bonds of Rs 25,000 each as a personal bail bond.

Also Read: 1998 Blackbuck poaching case: Salman Khan gets bail, likely to be out by 7:30 pm

Salman Khan is likely to be out of Jodhpur Central Jail by 7.30 pm.

"The bail order must reach the jail authorities only after that will Salman Khan be released today. The bail bond takes about 20 minutes to fill out. The verification process takes about an hour after which he can be released. He could be released at about 7.30 pm," said senior lawyer Bharat Bhusan Sharma.

Soon after the announcement, fans who were awaiting Bhaijaan’s bail, gathered outside his Galaxy Apartment and cheered in joy for his bail release with banners in hands which claimed “We support Salman Khan. We love Salman Khan.”

Fans of #SalmanKhan gather outside his residence in Mumbai and celebrate following Jodhpur Court's verdict in #BlackBuckPaochingCase. The Court granted him bail in the case. pic.twitter.com/STrcQuihjY

Salman's 'Hum Saath Saath Hain' co-stars and Bollywood actors - Saif Ali Khan, Sonali Bendre, Tabu and Neelam Kothari - were acquitted by the court on Thursday for the lack of evidence.