Brilliant actors like Tannishtha Chatterjee and Purab Kholi formed the cast of this film as well. 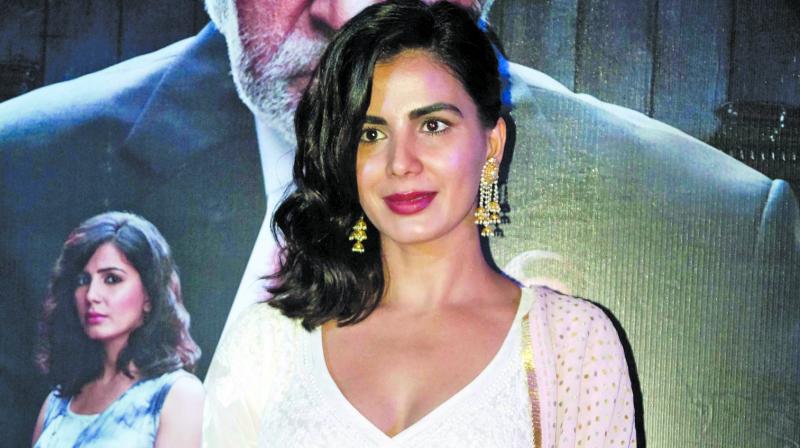 After the success of Pink and with an upcoming film titled Indu Sarkar, Kirti Kulhari wants to re-release her film, Jal directed by Girish Mallick. She feels this is the right time for such film subjects to release as audiences can understand and identify with such content.

Talking about the movie, she says it depicts the shortage of water experienced by people in a drought-stricken area. Brilliant actors like Tannishtha Chatterjee and Purab Kholi formed the cast of this film as well.

Talking about working with the senior Bachchan, she says. “Having worked with Amitabh Bachchan was an exhilarating as well a great learning experience. Pink proved to be a successful film. Indu Sarkar is also a well-made movie. I wish Jal could re-release so that the people could watch it and know how people from Rajasthan and other drought-affected areas suffer.”

Kirti also agrees that after the success of Pink, she is getting several offers from good filmmakers who are looking at her for performance oriented characters.