Is Parineeti Chopra insecure about on-screen hubby from 'Namaste England' Arjun Kapoor dancing with other girls? 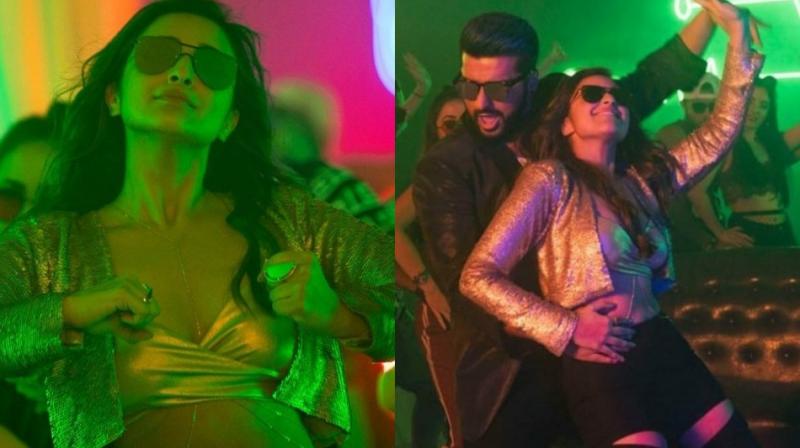 Stills of Parineeti Chopra and Arjun Kapoor from ‘Patola’ song from ‘Namaste England.’

New Delhi: Even before release, 'Namaste England' has been creating immense buzz owing to the crackling chemistry between its leading actors, Parineeti Chopra and Arjun Kapoor.

The duo has been piquing the interest of the audience with their fun posts and witty remarks. Be it pulling each other's legs or showering love on each other, netizens are surely liking the social media banter of the two.

Parineeti wasn't too happy and corrected him, by saying it's not just any 'Patola' (hot Punjabi woman), she's a 'Proper Patola'.

She also shared another picture pulling Arjun's leg writing, "Baba calling me a PATOLA but dancing with other girls??"

Baba calling me a PATOLA but dancing with other girls?? 🤔🙅‍♀️ @arjunk26 pic.twitter.com/1EEMB8xZ93

However, Arjun complimented his co-star saying that she is his 'proper patola.' "Lekin #ProperPatola toh tum hi ho @ParineetiChopra," wrote the 'Gunday' actor.

Starting from Punjab and moving to London, the upcoming film traces the journey of two individuals, Jasmeet (Parineeti) and Param (Arjun), who travel across the landscapes of India and Europe.

A sequel to 2007 film 'Namaste London' starring Akshay Kumar and Katrina Kaif, the flick will surely have all the elements of a fun quintessential Bollywood film.

Directed by Vipul Amrutlal Shah, it will hit theatres on October 19.