The community of comedy

The modern philosopher to have placed perhaps the most stress on the social character of comedy was Henri Bergson. 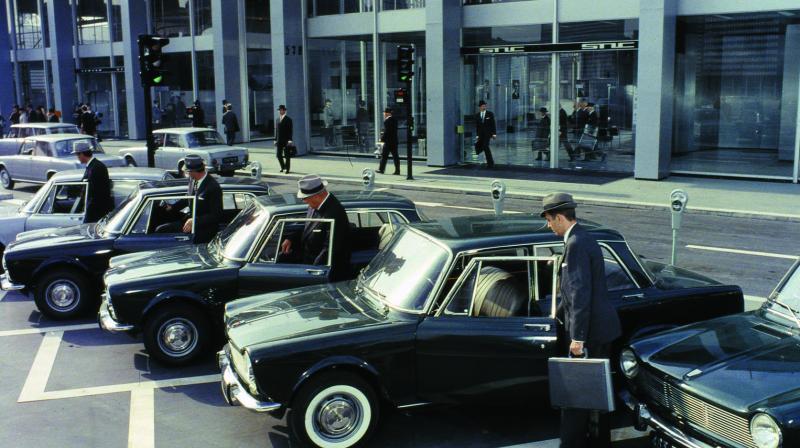 A still from Playtime, a 1967 French film starring and directed by Jacques Tati.

Stand-up comedy brings out the political character of live entertainment in its regular engagement with topical issues. In this, it extends the tradition of the political cartoon.

Live entertainment has always been an occasion for community formation and, as such, has an inevitable political character, irrespective of its avowed subject. Theatre in Ancient Greek was a state-sponsored activity essential to the self-definition of the Greek community. But such voluntary gatherings of citizens become even more essential in modern societies where relative anonymity accompanies each of us. It is no accident that the national anthem does not accompany the broadcast of a film on TV or on streaming platforms. It is, therefore, imperative for us to grasp the significance of stand-up comedy as it emerges as one of the biggest mobilisers of such communities of entertainment.

The modern philosopher to have placed perhaps the most stress on the social character of comedy was Henri Bergson. Writing in 1900, he said, “It seems as if laughter needs an echo.” We need a confirmation for seeing the world the way we do in humour. This might explain the canned laughter that has carried many a tepid joke on television, and why stand-up comedy is never recorded without an audience. And nothing breaks the cocoon of the individual spectator in the cinema hall more surely than the sounds of laughter.

If you ever want to feel this search for community in action at a film screening, try a public screening of Playtime, a 1967 film by Jacques Tati. The shot framing of this film is so spread out and dense that the spectators need to scan the screen to find the gag, with the result that, even with a small audience, you will intermittently find yourself left out as others around you erupt in laughter. The unease this can provoke as you try to catch up will alternate with a mix of self-congratulation and impatience when you find your companions fail to keep their appointment with your laughter. In stand-up comedy, therefore, especially when it takes up topical issues, the temptation is to see it as a vehicle for new and viable political communities.

At this point, I would like to clarify this communal character further as a way of expressing certain reservations about humour’s political possibilities. Even if a sense of community is indispensable for humour to arise, this fact easily obscures another; that the sound of laughter is generally also the sound of something cracking or shattering.

Bergson is only one of several to have remarked that we most often laugh when something that we have come to rely upon breaks down, generally without being fatal. What separates the humorous from the tragic is that our laughter celebrates (even when it mocks) the shattering of complacency. We laugh at people (including at ourselves) for having taken something for granted only to discover its flaws and fragility.

Politically speaking, this leads to a dis-identification from some community and ideological system, and the end of political humour is the negation of what exists (which does not make it ‘negative’). This is the necessary first step to any politics.

Prominent political comics of our time such as Varun Grover and Kunal Kamra have acknowledged the role that humour has played in their struggles to break out of the cultural politics they were born into. And we, their audiences, seek them out to find confirmation for our own struggles in resisting or breaking out of the demands of existing communities. This is where the autobiographical in stand-up comedy clarifies the personal stakes of humour, for the performer and for the audience. But this can only be the first step in forging a politics, not its full realisation.

Even though there is no doubt that putting something together like a political programme can be intensely pleasurable, it won’t be farfetched to say that such activity is not as fertile a ground for humour because of the character of comedy described here. At its best, the role that humour plays in the construction of a viable political programme is that of a reality check that sounds out the necessary fragility and fault lines of any system; it can also bitingly resist the spurious claims that existing systems make on us. But without this construction site to work on, it can end up forming primarily negative communities.

This is what happened with stand-up comedy in the US where its “enlightened” constituency exists primarily to mock those political constituencies that are in a rush to lock themselves behind the gates of rusted ideologies of economics, gender, race, and nation. At some point, however, the liberal audience of American stand-up became complacent and took this act of negation for a complete political programme, without sufficient examination of its own political affirmations.

After Donald Trump’s presidential victory, America’s star comedians called for introspection of comedy’s role in the ideological polarisation of the country, only to immediately realise that having a clown for a president makes abandoning the old habits unthinkable. But before the clown crashed the party, America had perhaps its most accomplished stand-up comic, Obama, for President. Obama’s talents in both satire and self-deprecation, regularly on view, made for a politics of limbo.

There is a cautionary tale here for Indian comedy. At the moment, its work of negation is indispensable. We can see this when, in every audience that laughs along at the most biting political satire, most at some point or another find themselves to be the butt of the joke.

Grover says that he continues to find comedy productive because very few in the audience are capable of laughing at every joke; someone who can laugh at the politics of jingoism feels left out when patriarchy is in question; another who has mastered the terms of gender politics can nonetheless feel a bit sheepish about certain questions of class; and so on.

Kenny Sebastian includes in one of his routines reasons why he does not do political jokes; very much making a political joke, he tells the audience that they are not ready for political humour. In a way, political comedy in the country will only be needed until it finds a uniformly ready audience.

While political comedy ploughs the uneven ideological terrain of the country, more viable ideological programmes than the current opposition’s hopeful politics of numbers must emerge if we are not to end up with broken sticks for politics. Till then, it will do us well to remember that while we laugh together in a theatre, we leave the theatre ideologically alone and at loose ends.