Get physical: Quantum teleportation into the orbit is a reality

Humans could teleport themselves to exotic locations, scientists are talking only about sending the state of a single particle. 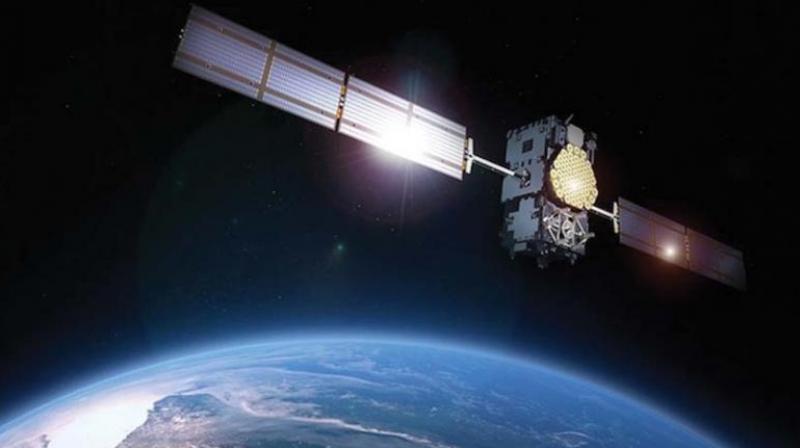 Quantum physics is a fundamental theory of nature at small scales that describes quantum particles, i.e. atoms and subatomic particles. Classical physics, which we use to describe and understand nature at the macroscopic level, is only a valid approximation of quantum physics. One of the basic principles that describes quantum physics is the “superposition”, i.e. a quantum particle at a given time can occupy multiple (quantum) states at once if it is not observed, and upon observation or measurement, it collapses into one of the quantum states. When these multiple quantum states are shared among multiple particles, we call them “entangled”, in other words, we can say that the two particles 1 and 2 are entangled. This entanglement between two quantum particles will continue even if they are separated in location. The entangled state of two particles also implies that if we change the state of particle 1 in one location, the state of particle 2 in the other location also changes accordingly.

This unique phenomenon generally arises when two particles are created simultaneously (protocols to entangle particles also exist). Quantum superposition and entanglement as a resource has been shown  to provide various advantages in computation speedup, secure communication and simulating quantum physics. The recently reported results from ground to space quantum experiments by a Chinese team headed by Prof. Jian-Wei Pan, a physicist at the University of Science and Technology of China in Shanghai, is a promising step in that direction.

On August 16, 2016, with the very ambitious goal of performing ground to space quantum experiments, China launched the world’s first quantum-communication satellite, Micius, to an altitude of 500 km. Before completing a year in a sun-synchronous orbit, i.e. it passes over any given point of the planet’s surface at the same local solar time (00:00 midnight), the research team made international news by reporting two ground-to-space quantum experiments, a first of their kind. One of the results of the experiment, published in Science magazine on June 16, 2017, reports quantum key distribution, i.e. beaming of two entangled photons from a carefully engineered entangled-photon source in satellite (space borne) to two ground stations 1 and 2 in the mountains of Tibet separated by 1,200 km. The path of the satellite-to-ground downlinks length varies from 1,600 to 2,400 km in the experiment. Due to the shared entanglement between two photons before they were sent off from the satellite, the information of the state of the photon in station 1, which is 1,200 km away, can be instantaneously known by measuring the state of the photon in ground station 2.

This experimental demonstration has smashed an earlier record (reported in 2012) of quantum key distribution across a physical separation up to 100 km. Another experimental result, which is still being peer reviewed, reports the teleportation of quantum state of photon from ground station to a satellite. Teleportation in a general sense is, travelling from point A to point B without traversing the physical space. Quantum teleportation is a process that transfers the state of the one quantum particle on to another identical particle, and at the same time erasing the information of the state in the original.

The teleported quantum state from photon 1 to photon 3 is further transmitted to the satellite using a transmitting telescope with narrow divergence. After passing through the carefully designed uplink to overcome the significant challenge due to the atmospheric turbulence at the beginning of the transmission path, the photon 3 with state of photon 1 is detected by the detectors in the satellite, thus, demonstrating the quantum teleportation from ground to satellite with a distance from 500 km to 1,400 km.These experimental  results should be seen not only as a record-setting demonstration, but also as the first steps in the direction of scaling the hack-proof space based communication network with a network of satellites and in understanding an important missing link between gravity and quantum physics.

The author is a member of the Optics and Quantum Information group, The Institute of Mathematical Sciences, Chennai.