Over a lakh tune into Urdu news podcast every day, claim founders. 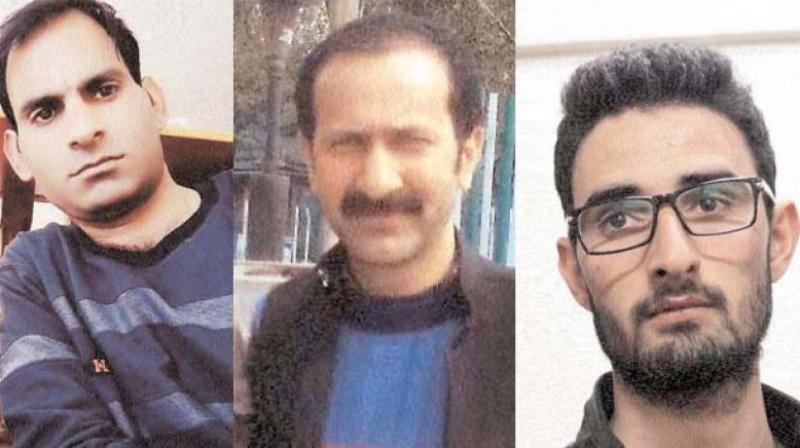 A daily Urdu news bulletin called Dinbar, which is being circulated via instant-messaging application WhatsApp, is fast becoming popular across the conflict-ridden state of Jammu and Kashmir. The eight-minute-long podcast, which has been made available for free, is defying government attempts to control the dissemination of information.

Three residents of Baramulla — Tazeer Afzal, 25, Wazeem Ramzan, 21, and Lateef Bhat, 30, launched the bulletin in 2014. It covers a wide range of issues, from crime to civic affairs to politics.  Mr Afzal, who came up with the idea in 2014, decided to seek the help of his friends Mr Ramzan and Mr Bhat. The trio is currently employed by the Kashmir News Service (KNS). While Mr Afzal and Mr Bhat are reporters with the news agency, Mr Ramzan is an intern there.

“I like to read and gather information. In this age of technology, people prefer to read and listen to news on social networking sites such as WhatsApp. Most of the time people are out of their homes, so it is not possible for them to keep a tab on the news via TV and radio. Our WhatsApp audio news bulletin can be accessed by people anytime and at any place,” said Mr Afzal.

Apart from national and state news, the bulletin also airs the grievances of the people. “While I search the wires for national news, Bhat and Ramzan cover local issues. I record the bulletin on my smartphone and then it is circulated via WhatsApp,” said Mr Afzal.

In May 2016, the Jammu and Kashmir government directed all WhatsApp news groups in the state to register themselves with the district magistrate. The state government claimed that the directions were issued in an attempt to curb the spread of rumours. But as Subimal Bhattacharjee, cyber security expert, points out,  “If a WhatsApp group is registered with the Indian government, then the authorities can ask the messaging app to divulge the messages of the group under the IT Act.”

The Jammu and Kashmir government issued the directions just days after Union minister Ravi Shankar Prasad informed the Rajya Sabha that Indian security agencies were unable to decrypt messages on WhatsApp due to the introduction of end-to-end encryption, which means that only the intended recipient can read the messages. “We have registered our group. Till now we haven’t faced any problem. We only put out verified news, whether it is related to protests or any other topic,” said Mr Ramzan.

It is not only in India, but governments across the world are trying to tighten the noose around social media and dissemination of information. The Chinese government has banned Twitter, Facebook, and YouTube, but people in China use domestic social media sites such as Weibo, Renren and Youku to express their views. For many youths in China, social media has become the main sources of news.

Despite the attempt to gag it, the news on social media continues to flourish. According to Mr Afzal, around one to two lakh people listen to his bulletin. He claimed that after initially putting out the audio clip on the KNS group it is then circulated on several other groups on WhatsApp. He also added that he gets messages from more and more people, asking him to send the audio clips to them as the popularity of the bulletin grows.