Even in India, Twitter has been credited with playing an influential role in the BJP’s win in the 2014 General Election. 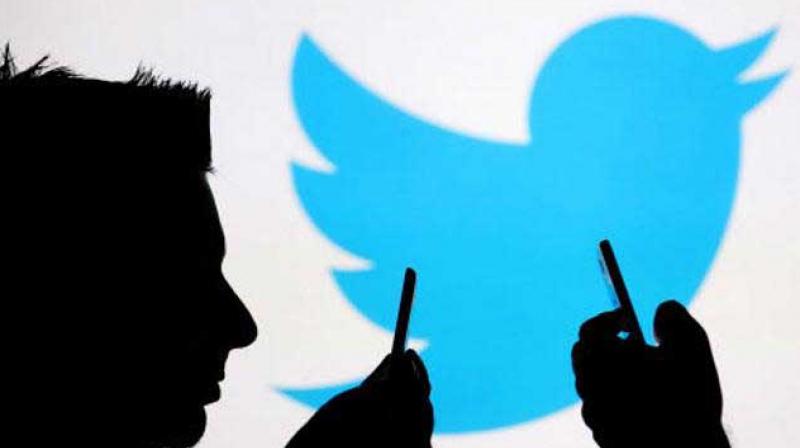 A social media-savvy youth could an influencer. He could hold up his phone with a post or a Tweet that questions what a politician said or did not say.

A new study suggests that a minority of social media users account for a majority of influence. It’s a very small universe of people, but its people can move an agenda. This is contrary to the popular notion that social media are democratic.

A new study in the US says that the social media platform, Twitter, is “not quite as equitable and democratic as popular perception might have us believe”.

The study suggests that “a minority of users account for a majority of influence, opinion leaders follow other opinion leaders to form a community of influencers, and information dissemination on Twitter follows a power-law distribution. These results are contrary to the popular notion that social media are democratic...”

The study was undertaken by Harsha Gangadharbatla of the Department of Advertising, Public Relations and Media Design, College of Media, Communication and Information at the University of Colorado, and Masoud Valafar, a software engineer at Twitter, in San Francisco, California.

The findings seem to echo what John Parmelee, a professor at the University of North Florida, told The Guardian in July 2016:  “Twitter’s basically used by politicians to influence other influencers. It’s a very small universe of people, but its people who can move an agenda. It’s like the practice of lobbying — people might say, ‘How can that be effective when you’re talking to such a small group of people?’ But they’re the group that’s making legislation.”

On November 16, 2016, The New York Times reported that ‘Election Day was a reminder of Twitter’s influence in media and the distribution of information... By 10 pm, 40 million posts had been sent about the election, exceeding the 31 million sent on Election Day 2012’.

The British newspaper, The Independent, quoted data scientist David Robinson as saying that “Donald Trump’s tendency to use his Twitter account in the manner of a celebrity — by adopting an ‘off-the-cuff style’ in the tweets he publishes — was a contributing factor in the billionaire’s presidential victory.”

According to The Independent, Robinson, who performed a statistical analysis of Mr Trump’s Twitter account in August 2016, said that Mr Trump’s tendency to tweet like an “entertainer” meant he was able to garner the “interest” of the American people, which in turn boosted his chances of election success.

Even in India, Twitter has been credited with playing an influential role in the BJP’s win in the 2014 General Election. A blogpost on Digital Vidya, written by Vikrant Patil, cites a study that “concludes that the winning party’s electoral success [in 2014] is significantly associated with its use of Twitter for engaging voters”.

The study, conducted by researchers from the department of communications, University of California, Davis, and Nanyang Technological University, Singapore, said: “Not surprisingly, others are embracing Twitter. In Maharashtra, the BJP state unit campaigned extensively on social media for the Assembly elections — and ended up forming the government in the state. Thus, there has been optimum use of social media in politics.”

Another post, this time on the World Economic Forum website, written by Prerna Kaul Mishra, on the Aam Aadmi Party’s victory in February 2015 Delhi Assembly elections, says: “Much of the election — or should we say the battle of perceptions — was fought on Facebook and Twitter. Delhi had 13 million registered voters this election, out of whom 12.15 million were online. This made digital platforms the largest canvassing tool for parties and the most effective engagement tool for party workers.”

According to figures floating in cyberspace, there are around 23 million Twitter users in India and they are a small part of the total population of 1.32 billion. So, can we assume that the Gangadharbatla-Valafar study also applies to India?

I remember a survey some years ago which pointed out that only 250 million of the then Indian population of some 1 billion had access to mainstream media (vernacular and English included with English media forming an even smaller part). Then there arose the question: Were the remaining 750 million people clueless about what happened in the country? Did their opinion matter at all?

The answer that I got from talking to people then was that the stakeholders and decision makers were among the 250 million with access to the media and they mattered more because they could still influence people without access to the media through roadside meetings, graffiti and wall posters.

A social media-savvy youth could be one of those influencers. With villagers gathered around him, he could hold up his phone with a Whatsapp forward or a Facebook post or a Tweet that questions what a politician said or did not say at a meeting.

The message will surely reach the crowd, most of them with no social media account whatsoever.

This could be dangerous considering that there are no gatekeepers in the social media to check the veracity of the information. Professor Parmelee told The Guardian: “Twitter can set the agenda for what journalists are covering — just think about the ways Trump’s tweets have, over the course of the past six months, set the agenda.”

During a speech titled ‘Truth In The Age Of Twitter’, organised by Asian College of Journalism in Chennai, Matthew Winkler, co-founder and editor-in-chief emeritus, Bloomberg News, said: “Trump’s continuous assertions became facts because the media reported them widely. Most of these assertions weren’t true.”

Now this has made the job of journalists even more difficult. However, pointing out that powerful politicians could be made answerable to the media, Winkler said, “With the use of data, we can speak the truth much more powerfully than through opinions.”

The author teaches journalism in a Chennai college