He’s the one: Why Tesla must succeed

And then there was the maudlin interview with the New York Times that set him back further. 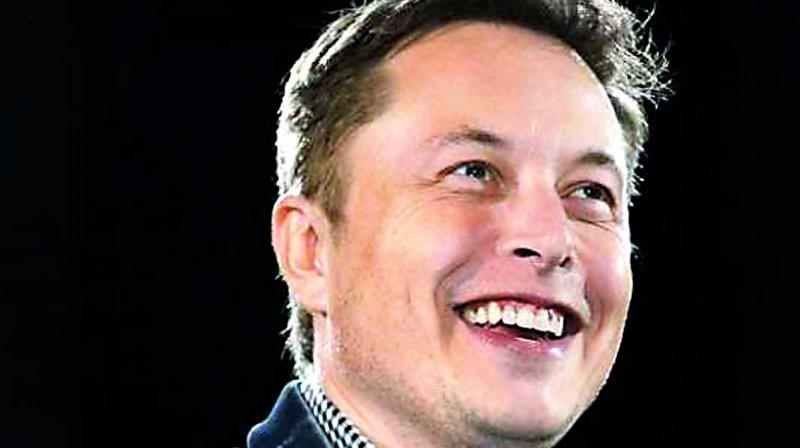 Musk would be remembered as the first tech titan to realise that boardroom battles are not won on the Twitter battlefield.

Being super rich is not an unalloyed pleasure. Ask Midas, king of Lydia, who cursed the very gift he had coveted of turning everything he touched into gold. The promise of riches is no bed of roses if you are Elon Musk and running Tesla Motors, the company leaking money quicker than the inventive South African can assemble his EVs.

Musk would be remembered as the first tech titan to realise that boardroom battles are not won on the Twitter battlefield. That is best left to The Donald. The first commandment of the twitter era to the corporate world could be — Thou shalt not Tweet! That won’t stop Musk from dreaming on though.

As the gladiator who is taking on the might of the entrenched fossil fuel empire, he would probably jump at every innovation like his kid-sized submarine for a cause. He had only recently vowed to be more responsible and well-behaved leader of a $52 billion company that his investors would want him to be and yet every time his twitter finger itches, he throws up a cause for concern.

There is the other modern curse afflicting the famous, which is popularity on Twitter, Instagram, etc. An army of followers can be assets or liabilities. And not everyone can be as quirky as Donald Trump of the lightning Twitter fingers and get away with it, which is what the Tesla CEO may have learnt to his dismay. He had to beat a hasty retreat and offer apologies lest his Twitter tantrum undermine the value of his company stock.

And then there was the maudlin interview with the New York Times that set him back further. Not every corporate entity can be proud of a CEO who says he nearly drowned in work while driving himself on in the cause of The Firm. There was serious talk then that Musk needed a second-in-command to calm the unpredictable CEO of a not-so-traditional company, much as Sheryl Sandberg does it for Mark Zuckerberg in a citadel of the new economy.

The symbiotic relationship between Musk and Tesla was never more emphasised than in the run on the company stock the moment the CEO got into a spat with a Thai cave rescuer in Vernon Unsworth, dubbing the Brit a “pedo”. Even that was nothing compared to his careless Tweet about taking Tesla private in the middle of a trading day, supposedly on the Saudis backing him, that aroused suspicion in the stock market regulator. The yo-yoing in the stock has barely stopped before class action suits have come in for Musk “deliberately misleading the markets and investors on going private or staying public, as he later admitted he was reconciled to doing when the Saudi offer may have evaporated. The funniest thing about Musk and Tesla is August may have been a see-sawing month but it was also the one in which the company may have produced a record number of Model 3s even as its stocks swung up and then came down 20 per cent after the “going private” saga.

Technology is not the impersonal force everyone imagines it to be. The Pretoria-born Musk with the blue-green eyes has always believed he is destined to save the world by helping man colonise Mars. He pioneered the electric car that could travel on the highway with enough charge in its lithium-ion batteries while the established automobile crowd kept saying the revolution was years away. But then oil will last only till about 2050 and what then? Musk is the man who saw the future and dreamt of how he could help shape it. His mini submarine which failed in the Thai cave rescue is on standby with the Thailand navy. The sub may have proved that the road to hell is paved with good intentions. But that won’t stop the intrepid architect of the future.

Of the flamboyant Tsars of the new economy, from the moody Steve Jobs to the flamboyant Richard Branson, Musk comes through as the guy who can make the world move differently. Others may have changed the way the world thinks but Musk is the one who can make a difference to the way it works, certainly with the motor car. The innovative visionary with tangible products shaped from inspirational ideas in an electric car, reusable rockets, underground trains and flamethrowers thought up that mini submarine and had it made in double quick time by his engineers.

It was not so much his “distracted” and “immature” ways as a showboat that were getting in his way as much as a corporate perception of how the Twitter war and then the media interview was stealing the thunder from the revolutionary Tesla 3, which the modern romantic is assembling in the face of the might of the oil and gas industry and their champion of more than a century in the internal combustion engine.

It was the corporate view that Musk’s irascible southern hemisphere temperament of in-your-face frankness had to be reined in.

The dollar may have won the day but hopefully it hasn’t broken Musk’s steely resolve. Out here in India we must cheer a guy who is going electric because each time we go to the pump the refined fossil fuel is going up by much even as the Rupee keeps plunging in bizarre inverse proportion.