Acharya's departure will remove from the Monetary Policy Committee its most articulate hawk. 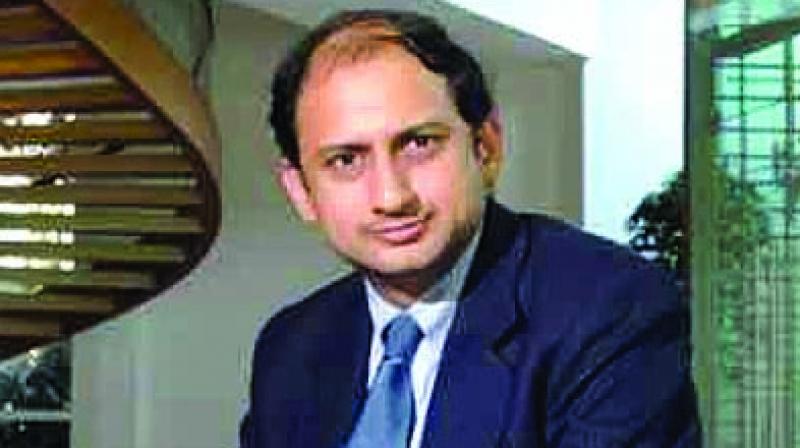 Mumbai: The government’s inability to stomach independent advice that went against its line has claimed yet another casualty: RBI Deputy Governor Viral Acharya has resigned six months before the scheduled end of his term in end-January 2020, citing “unavoidable personal reasons”. His last day will be July 23, as per a Reserve Bank of India statement on Monday.

This is the second high profile exit from RBI in the last seven months. Earlier in December 2018 governor Urijit Patel had resigned nearly nine months before the end of his scheduled term. Acharya adds his name to the long list of experts such as RBI governor Raghuram Rajan, chief economic advisor Arvind Subramanian, NITI Aayog chief Arvind Panagariya who quit due to differences with the government.

"I have decided to leave six months early due to unavoidable personal reasons. So much to finish in the last month! I am sticking to my school teacher's advice: when your work speaks for itself, don't interrupt!", Acharya told a TV channel.

At the RBI, Acharya now 45, held a total of nine portfolios in Corporate Stra-tegy and Budget Depart-ment, Financial Stability Unit, Department of Economic Policy and Re-search, and the Monetary Policy Department, including Forecasting & Model-ing Unit, among others.

Acharya's departure will remove from the Monetary Policy Committee its most articulate hawk.

In the short-run, his exit will make for looser monetary policy and lower interest rates, feel experts.

In the last policy meeting, Acharya took refuge in Ernest Hemingway's mela-ncholic lines before going with the majority view of cutting the rates for the third time. Quoting Santiago, the old fisherman, in the novel 'The Old Man and the Sea', Acharya says, "I found that I was speaking to myself as Santiago, the old fisherman…'It is better to be lucky. But I would rather be exact. Then when luck comes, you are ready.’"

In the same meeting, Acharya raised an alarm and pointed out that the "Estimates of overall public sector borrowing requirement, which appropriately accounts for extra budgetary resources and other off-balance sheet borrowings of the central and state governments have now reached between 8 to 9 per cent of GDP. This is a level similar to that in 2013 at the time of the taper tantrum crisis."

Acharya’s departure is not a complete surprise, as frictions between him and the government on issues related to central bank independence had come to the fore, especially in his speech titled “On the Importance of Independent Regulatory Institutions – The Case of the Central Bank” delivered on October 26, 2018.

The speech created a rift between the central bank and the government, which is also speculated to be a reason for former RBI governor Patel to resign.

The process of finding his successor now begins. According to news reports, the two possible contenders are Sanjeev Sanyal, Principal Econ-omic Advisor in the Ministry of Finance, and Dr. Michael Patra, RBI Monetary Policy Committee member.

Acharya, the New York University professor who became the youngest to become a deputy governor, has been a strong advocate of conservatism when it came to either monetary policy or dealing with financial markets.

According to Nomura India, at the margin, the composition of the MPC will likely become incrementally more dovish, as Acharya stood on the more hawkish side of the policy spectrum. "Dr. Patra’s views are well known, while Sanjeev Sanyal has argued for lowering the cost of capital in the past. Other candidates could be discussed in coming days."

"Given our view of a likely growth disappointment relative to the RBI’s projections (RBI: 7 per cent y-o-y in FY20; Nomura: 6.8 per cent) and as we forecast inflation to remain below the target (4 per cent), we expect the MPC to vote for another 25bp rate cut in August (resulting in a cumulative 100bp of cuts in 2019). If growth concerns escalate beyond that, either due to marked global slowdown or shadow banking crisis, we believe the MPC may agree to ease further, although not our base case currently" said Sonal Varma, Chief Economist, Nomura India.