The central bank also said it would shortly initiate the process of resolution of the company under the insolvency and bankruptcy rules. 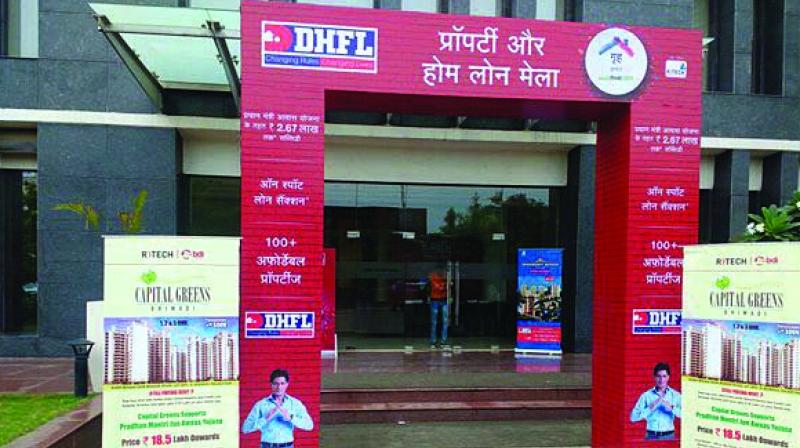 The Reserve Bank of India (RBI) on Wednesday superseded the board of debt-laden Dewan Housing Finance Corporation Limited (DHFL) owing to governance concerns and defaults in meeting various payment obligations by the mortgage lender.

Mumbai: The Reserve Bank of India (RBI) on Wednesday superseded the board of debt-laden Dewan Housing Finance Corporation Limited (DHFL) owing to governance concerns and defaults in meeting various payment obligations by the mortgage lender. The central bank also said it would shortly initiate the process of resolution of the company under the insolvency and bankruptcy rules.

R Subramaniakumar, former Managing Director and Chief Executive Officer of the Indian Overseas Bank, has been appointed as the company’s administrator.

However, corporate watchers said the RBI superseding the DHFL board is an action that has come too late, as DHFL is now left with assets that its management could not sell and the mortgage lender has lost franchise value.

J.N. Gupta, Former Executive Director of Sebi, told Financial Chronicle: “DHFL is a bad case and action could have been initiated earlier. But our legal and financial system is such that action are mostly taken very late. I will reiterate that the RBI has to look at its backyard and introspect as to how things have been allowed to come to this pass because the signals (of a crisis) were there in infrastructure, real estate and NBFCs for long. Unless RBI finds a solution to the asset liability mismatch, it will not be wrong to say that DHFL will not be an isolated case.”

DHFL will be the first financier to land up in bankruptcy court after the Corporate Affairs Ministry a few days back allowed the RBI to refer NBFCs, including housing finance companies with asset size of more than Rs 500 crore, for resolution under the Insolvency and Bankruptcy Code (IBC). DHFL’s total debt is around Rs 85,000 crore while exposure of banks stands at Rs 38,000 crore.

Talking to reporters in Mumbai post-the Sebi board meeting, Sebi Chairman Ajay Tyagi said mutual funds, which have lent substantial sums of money to DHFL, will join the resolution process of DHFL.

“Under the IBC, mutual funds are also considered as lenders and they will follow that rule,” Tyagi said.