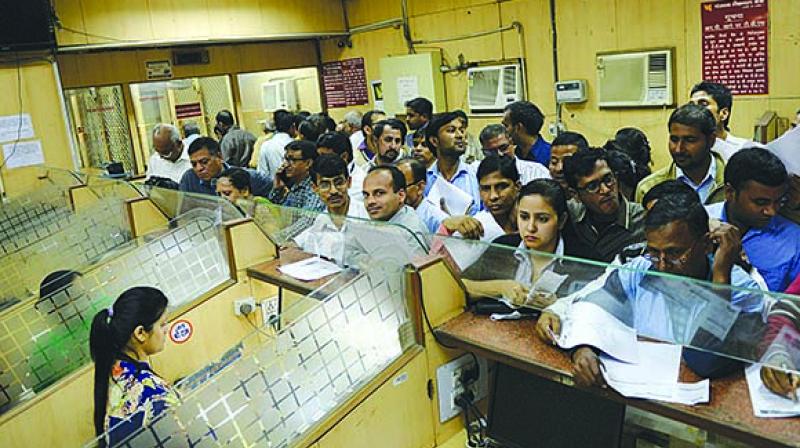 While corporate private banks’ earnings have been impacted by the one-time deferred tax asset (DTA) write-downs, the retail-focussed banks reported better profitability. In contrast, most public sector banks continued with the 35 per cent corporate tax regime, and therefore, no adjustments were requi-red in DTA.

Mumbai: Banks reported better-than-expected earnings for the September quarter, with many showing an improvement in operational performance and marginal deterioration in asset quality.

While corporate private banks’ earnings have been impacted by the one-time deferred tax asset (DTA) write-downs, the retail-focussed banks reported better profitability. In contrast, most public sector banks continued with the 35 per cent corporate tax regime, and therefore, no adjustments were requi-red in DTA.

According to a study by Care Ratings of 37 scheduled commercial banks (18 public sector banks and 19 private sector banks), their overall aggregate net profit during Q2FY20 stood at Rs 6,348 crore as against a net loss of Rs 3,918 crore in the corresponding quarter in the previous year. The PSBs recorded a net loss of Rs 727 crore during  the July-September 2019 quarter, after having recorded a net profit in the first quarter of FY20. The net profit of the private banks decl-ined 1.7 per cent sequentially in Q2FY20 and stood at Rs 7,076 crore against a contraction of -33 per cent recorded in Q2FY19.

The gross non-performing assets (GNPA) of PSBs contracted by -10 per cent sequentially and stood at Rs 727,296 crore for Q2FY20 as compared with Rs 807,937 crore in Q2FY19. The GNPA ratio for the PSBs stood at 11.6 per cent for the quarter under review against 13.5 per cent in Q2FY19. The PSBs have been witnessing a marked decline in their stressed assets over the past couple of quarters.

The GNPA of private banks grew from Rs 185,027 crore during Q2FY19 to Rs 191,191 crore in Q2FY20 i.e. by 3.3 per cent. The GNPA ratio for the PVBs, however, witnessed a slight moderation from 5.9 per cent in Q2FY19 to 5.4 per cent in Q2FY20. The PVBs with greater exposure to corporate loans are now in the process of recognising their stressed assets.

“SBI and ICICI look good, so does Federal Bank and IndusInd Bank. We will recommend hold for Bank of Baroda till it gets a new chief and for PSBs mergers to get over,” said Asutosh K Mishra, head of research, Institutional Equity at Ashika Group.

Both the PSBs and PVBs recorded a steady rise in their net interest income at 12.9 per cent and 20.4 percent, respectively, during the September 2019 quarter.