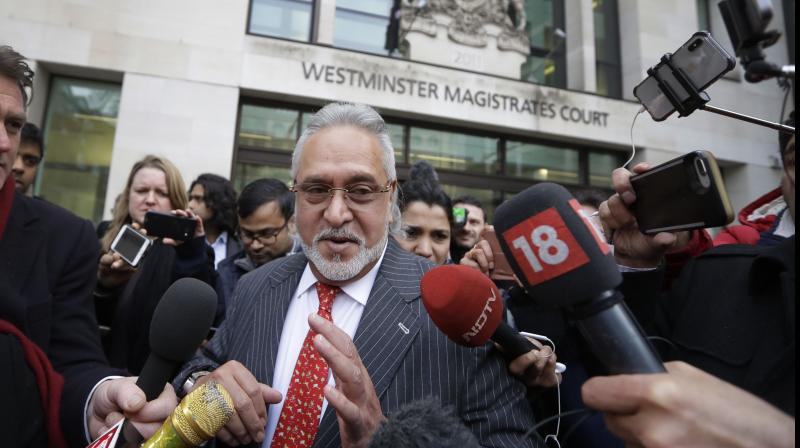 London: Embattled Liquor tycoon Vijay Mallya on Monday lost his High Court appeal against his extradition order to India in relation to charges of fraud and money laundering amounting to an alleged Rs 9,000 crores.

The 64-year-old former Kingfisher Airlines boss had appealed to the High Court against his extradition to India at a hearing in February this year.

Lord Justice Stephen Irwin and Justice Elisabeth Laing, the two-member bench at the Royal Courts of Justice in London presiding over the appeal, dismissed the appeal in a judgment handed down remotely due to the current coronavirus lockdown.

"We consider that while the scope of the prima facie case found by the Senior District Judge is in some respects wider than that alleged by the Respondent in India Central Bureau of Investigation (CBI) and Enforcement Directorate (ED), there is a prima facie case which, in seven important respects, coincides with the allegations in India," the judges ruled.

Mallya is wanted in India on alleged fraud and money laundering charges amounting to an estimated Rs 9,000 crore.