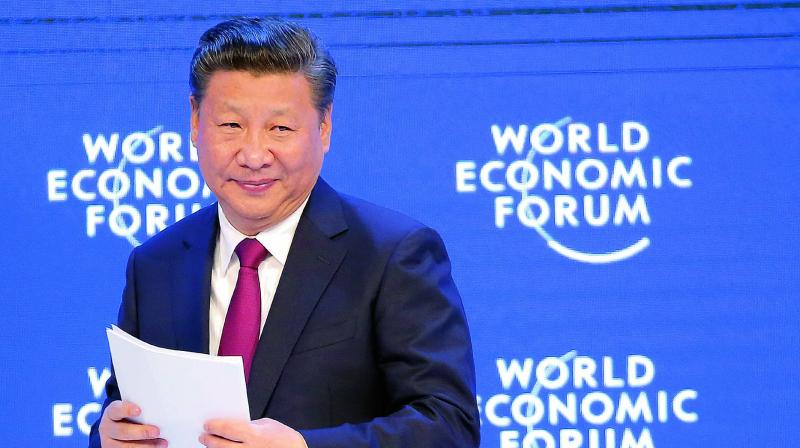 While there are complex reasons behind the slowdown, it's hard to ignore the rising popularity of trade protectionism and anti-globalisation.

Davos: In 2014, Arnold Kamler, CEO of New Jersey-based Kent International, took a big step: he resumed making bicycles in the United States, 23 years after uprooting production to China. This year, he hopes to sell half a million US-made bikes.

For business and political leaders gathered in the Swiss Alps town of Davos for this year’s World Economic Forum, Mr Kamler’s experience  —  part of a process Morgan Stanley once dubbed the “re-industrialization” of America — is a cause for some anxiety.

If a mix of accelerating automation and trade protectionism is the defining economic climate of the moment, globalisation may well be in decline, and developing nations that failed to capitalise on the past two decades of economic integration —notably those in Africa —may have missed the boat altogether.

It is an issue with profound consequences — for emerging economies that have built their fortunes on exports, and for richer nations that hope a “reshoring” of industrial production will appease disgruntled blue-collar workers at home and reignite stagnant wage growth.

Global trade likely grew last year at just 1.7 percent, lagging world economic growth for the first time in 15 years and for only the second time since 1982, according to the World Trade Organization which expects a further slowdown in 2017.

While there are complex reasons behind the slowdown, it's hard to ignore the rising popularity of trade protectionism and anti-globalisation.

US President-elect Donald Trump’s campaign pledges and plans for “a very large border tax” on firms producing overseas fall into this category.

But perhaps even more influential is businesses’ push toward automation, digitisation, robotics and innovations such as 3-D printing that undermine low-wage countries’ biggest comparative advantage.

That contributed to the return of 250,000 manufacturing jobs to the United States between 2010 and 2015, according to data from Reshoring Initiative, a group that advises US businesses.

Mr Kamler’s state-of-the-art plant, for instance, will soon be able to produce bicycles with just 12 employees per shift.

“Most of those people will be sitting looking at computer screens. The same operation in China would need 60 people,” he said.

Automation tends to see jobs return to the countries which develop the technology — carmaker Ford’s decision to expand a Michigan plant rather than start one in Mexico is seen as partly motivated by a focus on high-tech electric vehicles.

“Reshoring” is bad news for emerging economies transformed by the manufacturing-for-export boom and now suffering from its reversal.