Business   In Other News  16 Jul 2019  India to keep sugar export subsidies even as rivals complain-sources
Business, In Other News

India to keep sugar export subsidies even as rivals complain-sources 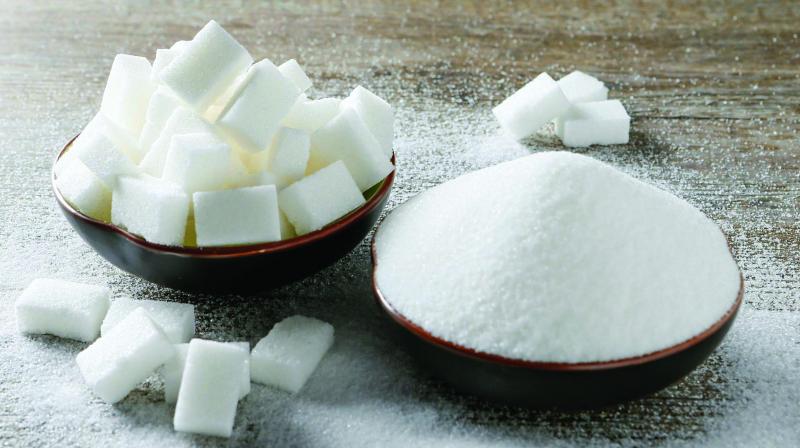 Mumbai: India will keep its sugar export subsidies despite complaints to the World Trade Organization (WTO) from rival producers Brazil and Australia, though it will tweak how it provides them, four sources directly involved in the matter said.

The export subsidies are designed to increase shipments from the world’s second-biggest sugar producer and reduce their brimming inventories. But that could pressure global prices that have only eked out a 2.1 per cent gain this year after plunging more than 20 per cent in 2018.

“The industry needs government support for exports. It will be provided without violating the WTO framework,” said a senior government official involved in the policy making. “We may need to make some changes in the way we provide incentives.”

Government and industry officials did not say what kind of changes they are planning to make, though they said they are seeking guidance from WTO experts.

To reduce that debt and pare rising inventories, New Delhi said in September it would provide incentives to mills for overseas sugar sales and set an export target of 5 million tonnes for the 2018/19 marketing year ending on Sept. 30.

India’s exports surged to 3.3 million tonnes from 620,000 tonnes a year earlier. That prompted rivals to complain at the WTO, alleging the incentives violate trade rules.

The Brazilian government said on Thursday it had asked the WTO to establish a panel aimed at resolving its dispute over Indian sugar subsidies. Australia and Guatemala also lodged complaints on Thursday.

India has been providing transport subsidies of between 1,000 rupees (USD 14.59) a tonne to 3,000 rupees a tonne to sugar mills, depending on the distance to ports. The government has also raised the amount it directly pays to cane growers to 138 rupees a tonne in assistance from 55 rupees a year ago.

On Wednesday, Indian industry and government officials discussed how an incentive can be provided in the next marketing year starting from October 1 without violating WTO rules.

“The export policy for the next season could be finalised early next month,” said an industry official, who participated in Wednesday’s discussion.

Sugar mills are requesting that the government provide incentives to export 7 million to 8 million tonnes of sugar in the next season, up from this season’s target of 5 million tonnes, said Abinash Verma, director general of the Indian Sugar Mills Association (ISMA).

Announcing the export policy will help mills in deciding whether to produce raw or white sugar for export at the beginning of the season, said Prakash Naiknavare, managing director of the National Federation of Cooperative Sugar Factories Ltd (NFCSF).

Indian mills traditionally produce white sugar for local consumption, but they produce raw sugar during years of surplus to help exports. Selling raw sugar is easier in the world market than white. In the next marketing year, India’s sugar production is expected to drop by 18% from a year ago after drought last year forced farmers to curb their cane planting and as weaker monsoon rains this year limit crop growth.

India could start the new season with inventory of more than 14.7 million tonnes and could produce another 28.2 million tonnes in the season, against local demand of around 26 million tonnes, the ISMA estimates.