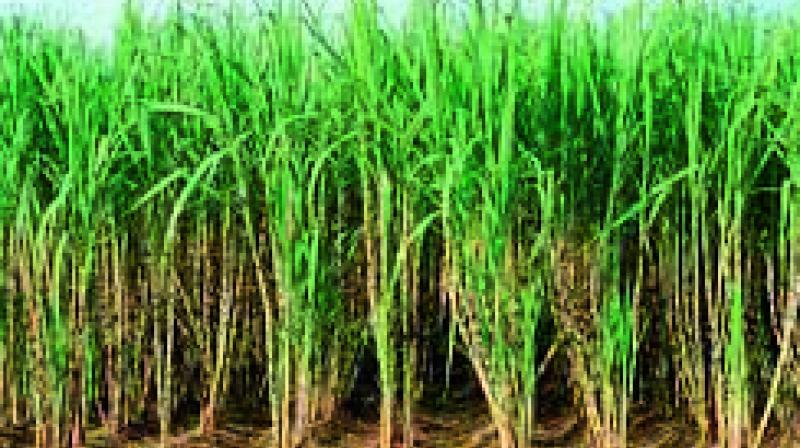 Sugar Cane is a perennial crop harvested 10-16 months after planting.

Mumbai: India’s 2017/18 sugar production will likely jump a quarter from the previous year to 25 million tonnes as decent monsoon rains are forecast, the head of an industry body told Reuters.

That rebound in output to volumes near consumption levels could sap demand for imports from the world's biggest consumer of the sweetener, dragging on international prices that are already near their lowest in over a year.

India was forced to import 5 lakh tonnes of sugar in the 2016/17 crop year ending September 30 after a strong El Nino weather pattern prompted severe drought in 2015.

India’s monsoon, which is forecast to deliver normal rainfall in 2017, lashed the country’s southwest coast on Tuesday, two days ahead of usual.

“Next season, we are expecting a sharp rebound in Maharashtra’s production due to good monsoon,” said Mr Naiknavare.

Maharashtra is the nation’s No. 2 sugar producer. A sharp drop in production there due to back-to-back droughts drove the country to allow duty free imports of the sweetener.

Maharashtra’s production fell 50 per cent from a year ago to 4.18 million tonnes in 2016/17, but next season’s output is expected to surge 62 per cent to 6.8 million tonnes, Mr Naiknavare said.

“Good rainfall last year allowed farmers to increase area under sugarcane. This year as well we are expecting ample rains that will boost yields.”

Output in Uttar Pradesh, the country’s top sugar producer, is expected to rise 5 per cent next season to a record 9.2 million tonnes, Naiknavare said.

Last week, India raised by nearly 11 per cent the price sugar mills must pay to cane growers in the 2017/18 season.

That price rise and the good monsoon rains are also expected to lift the amount of land devoted to growing sugarcane for the 2018/19 season, said Sanjeev Babar, managing director of the Maharashtra State Co-operative Sugar Factories Federation.

“Production in 2018/19 will be higher than the next year. The rise depends on planting in the next few months,” he said. Cane is a perennial crop harvested 10-16 months after planting.