Earlier, the upper ceiling on gratuity amount under the act was Rs 10 lakh. 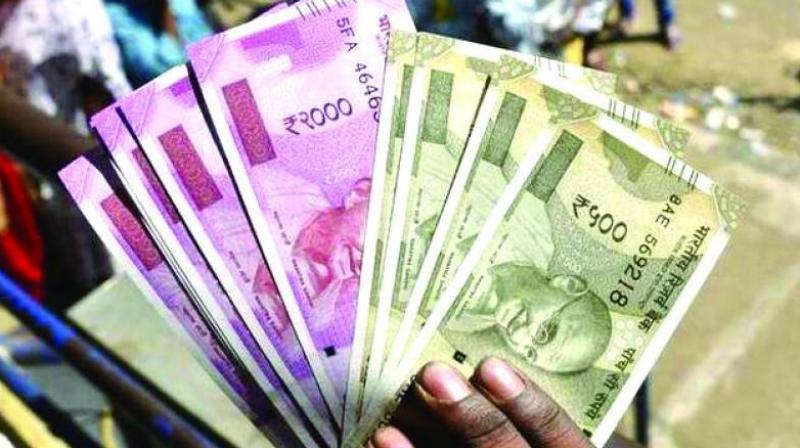 Thousands of employees who have been retired since January 1, 2016 have not been able to get the benefit of this increased gratuity.

New Delhi: The government has notified a legislation that double tax-free gratuity for formal sector employees to Rs 20 lakh.

The Payment of Gratuity (Amendment) Bill, 2018, which was passed by the Lok Sabha on March 15 and by the Rajya Sabha on March 22, has been brought in force on March 29 after assent from the President, an official statement said today.

"This will ensure harmony amongst employees in the private sector and in Public Sector Undertakings/ Autonomous Organizations under Government who are not covered under CCS (Pension) Rules. These employees will be entitled to receive higher amount of gratuity at par with their counterparts in Government sector," it said.

Earlier, the upper ceiling on gratuity amount under the act was Rs 10 lakh.

With implementation of 7th Central Pay Commission, the ceiling was raised to Rs 20 lakh for the central government employees effective January 1, 2016.

In addition, the Bill also envisaged to amend the provisions relating to calculation of continuous service for the purpose of gratuity in case of female employees who are on maternity leave from 12 weeks to such period as may be notified by the Central Government from time to time'.

This period has also been notified as 26 weeks, it said.

However, bank unions including RSS affiliated National Organisation of Bank Workers (NOBW) expressed their displeasure over the notification date.

They demanded that the government should give the benefit of increased limit of gratuity from Rs 10 lakh to Rs 20 lakh for private and public sector employees at par with Central government employees with effect from January 1, 2016.

"Thousands of employees who have been retired since January 1, 2016 have not been able to get the benefit of this increased gratuity. The government cannot discriminate between employees of the Central Government and the private sector and the public sector workers in this way," NOBW said in a statement.

The government had earlier given assurance to give the benefit of the payment of the Gratuity Amendment Bill 2018 effective January, 2016, it said.