Coronavirus recession could be worse than 2009, warns IMF 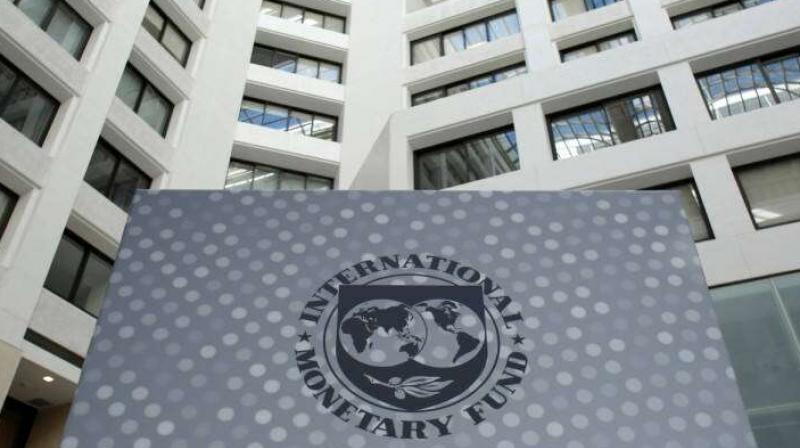 Mumbai: The International Monetary Fund on Monday said that the Coronavirus pandemic would push the world into a recession that would be as bad as or even worse than the 2008 global financial crisis and is ready to deploy all of its $1 trillion lending capacity.

During a conference call to G20 Finance Ministers and central bank governors, IMF director Kristalina Georgieva said, “We are replenishing the Catastrophe Containment and Relief Trust to help the poorest countries. We welcome the pledges already made and call on others to join. We stand ready to deploy all our $1 trillion lending capacity.”

In her statement, the IMF director said the international lender will massively step up emergency finance as nearly 80 countries have requested its help and it is working closely with the other international financial institutions to provide a strong coordinated response.

She noted that the IMF is also considering making a Special Drawing Rights (SDR) allocation to add liquidity to the global financial economic system as it did during the 2008 global meltdown.

SDR is an interest-bearing international reserve asset that was created by the IMF in 1969 to supplement other reserve assets of member countries.

Ms Georgieva said that the IMF was considering its own swap facility. She asked G20 countries to cooperate with each other as the human costs of the pandemic are immeasurable.

In her call with G20 finance ministers, the IMF director said, “First, the outlook for global growth in 2020 is negative  a recession at least as bad as during the global financial crisis or worse. But we expect recovery in 2021.

To get there, it is paramount to prioritise containment and strengthen health systems everywhere.

The economic impact is and will be severe, but the faster the virus stops, the quicker and stronger the recovery will be.”

She said that while the advanced economies are generally in a better position to respond to the crisis, many emerging markets and low-income countries face significant challenges and are badly affected by outward capital flows, and domestic activity would be severely impacted as countries respond to the epidemic.

“Investors have already removed $83 billion from emerging markets since the beginning of the crisis the largest capital outflow ever recorded.

We are particularly concerned about low-income countries in debt distress  an issue on which we are working closely with the World Bank,” she said, adding that the IMF is concentrating on bilateral and multilateral surveillance on this crisis and policy actions to temper its impact.

“Major central banks have initiated bilateral swap lines with emerging market countries but as global liquidity crunch takes hold, the IMF need members to provide additional swap lines and would be exploring with its Executive Board and membership a possible proposal that would help facilitate a broader network of swap lines, including through an IMF-swap type facility,” she said.