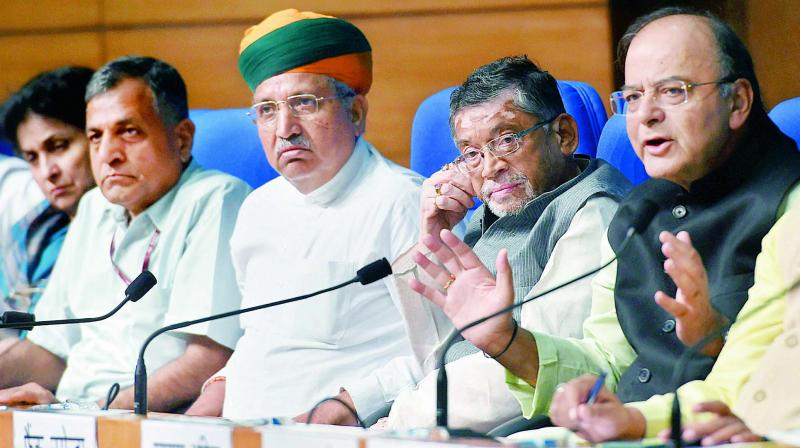 New Delhi: All states and Union Territories, barring Jammu and Kashmir, have passed their State GST Act, paving the way for rollout of the Goods and Services Tax from the mid-night of June 30-July 1.

While Kerala and West Bengal have issued an ordinance to approve the SGST Act, all other states and UTs have passed it in their respective legislative assemblies.

"As of today, all the states and Union Territories (having assemblies), except the State of Jammu and Kashmir, have passed the State Goods and Services Tax (SGST) Act," a finance ministry statement said.

Kerala today issued an ordinance approving the SGST Act while West Bengal had issued it on June 15.

"Now only one state is left i.e. the state of J&K which is yet to pass the SGST Act. Thus, almost the entire country, including all the 30 states and UTs, are now on board and ready for the smooth rollout of GST with effect from July 1," the statement said.

Reminiscent of India's tryst with destiny at the mid-night of August 14-15, 1947, Parliament's historic Central Hall will host an hour-long function on the intervening night of June 30-July 1 to mark the GST kick-off.

Finance Minister Arun Jaitley had yesterday said that if any state keeps out, both its traders and consumers will suffer loss.

"Because they will not get the benefit of input tax, they will have to pay tax twice and the consumers will get materials which are costlier than the rest of the country. Also, compensation package won't be given to states who do not implement GST," Jaitley said.