Indian economy has reached USD 2.7 trillion now, and is within capacity to reach USD 5 trillion in the next few years. 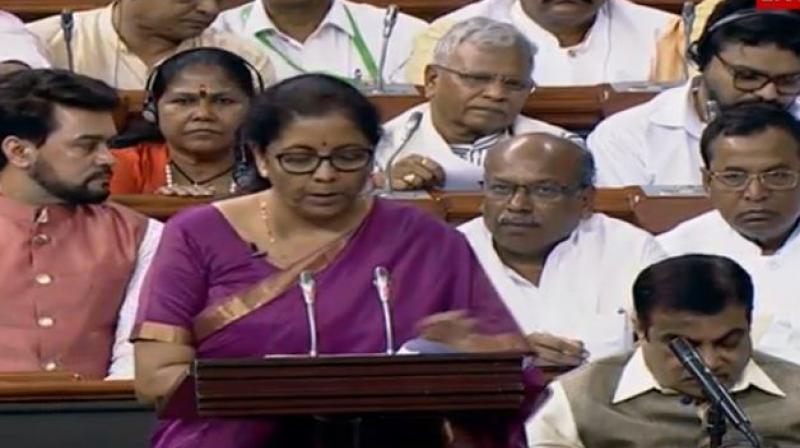 Presenting the first Budget of the Modi government in its second term, she said the Indian economy, which stood at USD 1.85 trillion five years back, has reached USD 2.7 trillion now, and is within capacity to reach USD 5 trillion in the next few years.

She said the interim budget focused on 10-point vision to boost economy. In the current year, India's economy will grow to become USD 3 trillion economy, sixth largest in world. "We need to invest in infrastructure, digital economy and job creation in small and medium enterprises," Sitharaman said.

She said that in terms of Purchasing Power Parity (PPP), India has become the third largest economy in the world after the US and China. The minister emphasised the need for structural reforms for achieving USD 5 trillion economy.