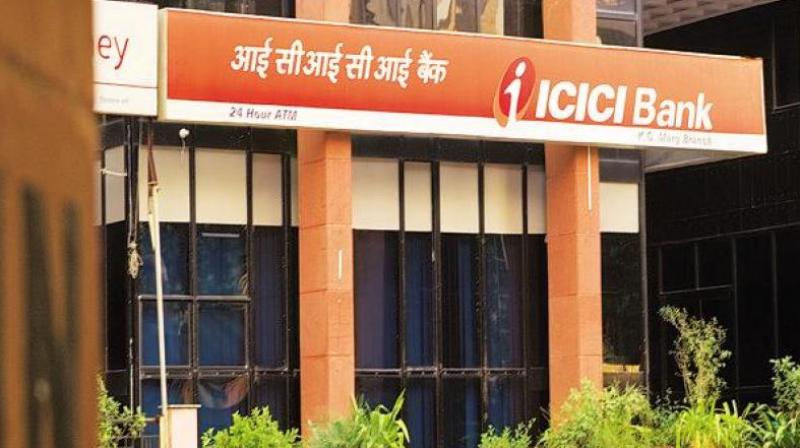 Mumbai: Under the scrutiny of multiple agencies for alleged lapses in corporate governance, ICICI Bank has now come under the lens of US market regulator SEC.

The report further said SEC has asked whether th­ere had been misrepresentations in the bank’s acco­u­nting. ICICI Bank has Am­erican Depository Receipts (ADRs) traded in the US.

Kochhar, who faces serious charges of quid pro quo in dealings with Videoc­on Group, has gone on leave.

The bank has appointed Justice BN Srikrishna, a retired Supreme Court judge, to head an independent enquiry into allegations raised by a whistleblower against Kochhar.

The private lender had given Rs 3,250 crore loans to Videocon whose ch­a­ir­man Venugopal Dhoot co-founded a separate firm, NuPower Renewables, with Deepak Kocchar, husband of ICICI Bank’s CEO. Th­ere was some possible quid pro quo in the grant of lo­ans, a letter by the whistleblower had alleged. The lo­ans are now non-performing asset on bank’s books.

A whistleblower has tw­ice floated allegations aga­i­nst Kochhar for allegedly be­stowing undue favours on Essar Group’s Ruia br­others for ‘round-tripping’ investments into her husband Deepak’s NuPower Gr­oup. All parties named in the whistleblower’s second letter to the prime minister have denied the allegations as baseless and malicious.

The Securities and Exc­hange Board of India (Sebi) last month had issued a sh­owcause notice to Ko­c­h­h­ar for alleged violation of disclosure requirements un­d­er securities law. Accor­ding to Sebi, Kochhar didn’t adhere to the code of conduct, which required the disclosure of any conflict of intere­st in the case involving Vi­deocon Group and NuPower Renewables.

ICICI Bank had said in 2012 a consortium of over 20 banks and FIs sancti­o­n­ed facilities to the Videocon Group (Videocon Industr­i­es and 12 of its subsid­ia­r­i­es/associates as co-obligo­rs) for a debt consolidation.