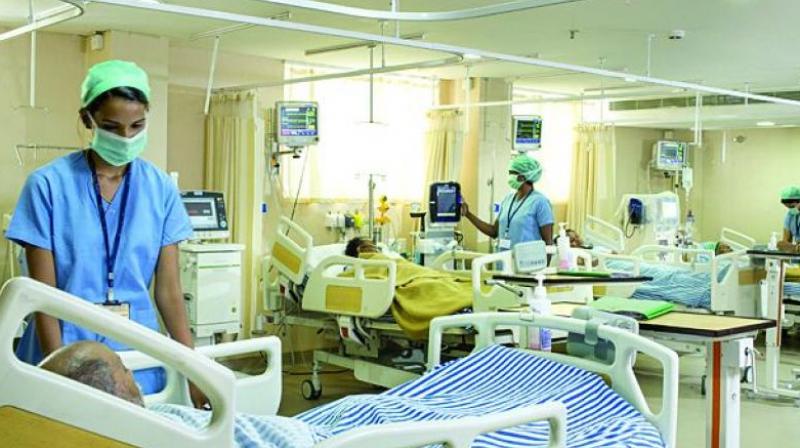 Solvency ratio is a key metric used to determine the ability of an insurer to meet its debt, pay claims and honour other financial commitments.

The regulator also instructed the standalone health insurer to transfer its entire business, all investments to its sister company—Reliance General Insurance Company Ltd, which would maintain the funds in a separate account to pay the claims of RHIC policyholders.

The appointed date for implementing the order is November 15.

The move comes after the standalone health insurer recorded a continuous fall in its solvency ratio from 106 per cent as on June 30, 2019 to 77 per cent in August, which worsened to 63 per cent as of September. Just like capital adequacy ratio for banks, insurance companies are required to maintain a solvency ratio of 150 per cent.

Solvency ratio is a key metric used to determine the ability of an insurer to meet its debt, pay claims and honour other financial commitments.

In the backdrop, the Irdai had asked the insurer to restore the solvency margin to the control level by September 30, but the latter did not comply.

RHIC had said it will submit a "plan to ensure the emergence of a strong, well-capitalised health insurance company." However, the response did not indicate the manner in which the control level of solvency would be restored, the Irdai order noted.

“The insurer was issued a show cause notice and given another opportunity to present its case. As there has been no improvement but a further deterioration in the financial position of Reliance Health, Irdai has now issued directions to the insurance company to stop selling new policies and to transfer the entire policyholders’ liabilities along with financial assets to Reliance General Insurance," the Irdai order read.

A Reliance Capital spokesperson said, “As proposed by Reliance Capital, the promoter company of RHIC and Reliance General Insurance (RGI), RHIC will transfer its health insurance portfolio covering all financial assets and policyholder liabilities to RGI. This process is being undertaken in consultation with the Irda and has been approved by the regulator.”

“There will be no impact on policyholders due to this transition which will begin from November 15, and customers will continue to avail the same benefits as per policy terms and conditions.

“Further, the process of amalgamation of RHI with RGI is being taken up and will be completed in due course. The decision has been taken in the best interest of policyholders and we are fully committed to servicing our customers.”