Some auto companies resume production, others prepare to restart manufacturing 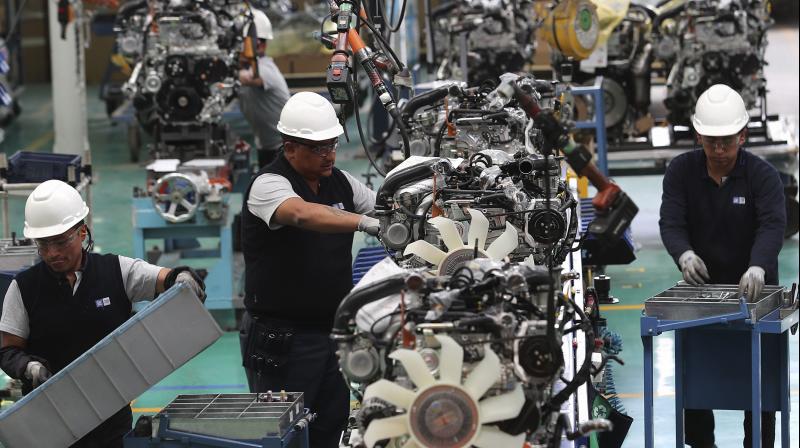 New Delhi: Automobile majors, including Maruti Suzuki India, Mercedes-Benz, TVS Motor, and Royal Enfield, on Wednesday announced the resumption of or plans to restart production at their respective manufacturing units following the relaxation of guidelines by the government for the third phase of lockdown.

The country's largest carmaker Maruti Suzuki India (MSI) said it would resume operations at its Manesar plant from 12 May.

The Gurugram district administration had allowed MSI to run the Manesar facility on a single shift basis, while fixing the total number of employees at the plant at 4,696.

The company's Manesar (Haryana) plant is outside the limits of Gurugram Municipal Corporation, while its Gurugram plant falls within the city limits.

The two plants in Haryana have an installed capacity to roll out 15.5 lakh units per annum. Operations at the facilities are suspended since 22 March.

Hyundai Motor India, which is yet to start rolling out vehicles from its Chennai plant though it has commenced preparations to do so, said around 250 company dealerships have resumed operations across various states.

On the other hand, Mercedes-Benz India said it has resumed production at its manufacturing facility in Chakan, Pune.

The production has commenced in a graded manner following directives from the government of Maharashtra to reopen and resume operations, the company said in a statement.

Similarly, Chennai-based TVS Motor Company said it has commenced operations in India across all factories in Hosur, Mysuru and Nalagarh, while niche bike maker Royal Enfield also said it has resumed operations at its manufacturing plants.

However, Honda Cars India Ltd (HCIL) said lack of required workforce is making it difficult for the company to resume operations at its two manufacturing plants, but added that its dealerships have started to open across the country.

The automaker, which sells models like City and Amaze, said that with new relaxations from the government, it is planning to restart operations at Tapukara plant in Rajasthan sometime next week.

Similarly, tyre major MRF Ltd said it has partially resumed operations in most of its plants with restricted manpower, following the relaxation of lockdown guidelines by the government.

The Home Ministry had allowed factories in rural areas or those outside municipal limits to resume production under strict safety and hygiene guidelines from Monday with an aim to kickstart economic activity in the third phase of lockdown till 17 May.