Nehru authored the fundamental stance of non-alignment in a climate of post-Second World War hostility between capitalism and Communism. 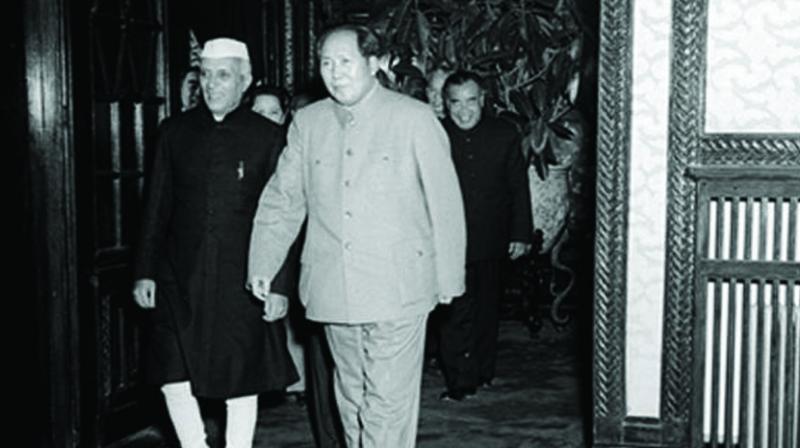 The overt endorsement of Donald Trump vis-a-vis the next American presidential election, the partisanship in the recently held British general election, the disastrous attempt to dictate to Nepal and the unbecoming almost daily pummelling of Pakistan in the past five and a half years have reflected a distinct departure from long cherished values in New Delhi’s foreign policy.

Thus, the publication of Values in Foreign Policy with a chapter entitled Values in Indian Foreign Policy is a timely reminder of the principles on which India’s external outlook was founded and its evolution in response to a transforming world. One of the tenets of “Panchsheel”, coined by India’s first Prime Minister and father of its foreign policy, Jawaharlal Nehru, was, for instance, “non-interference in each other’s internal affairs”. 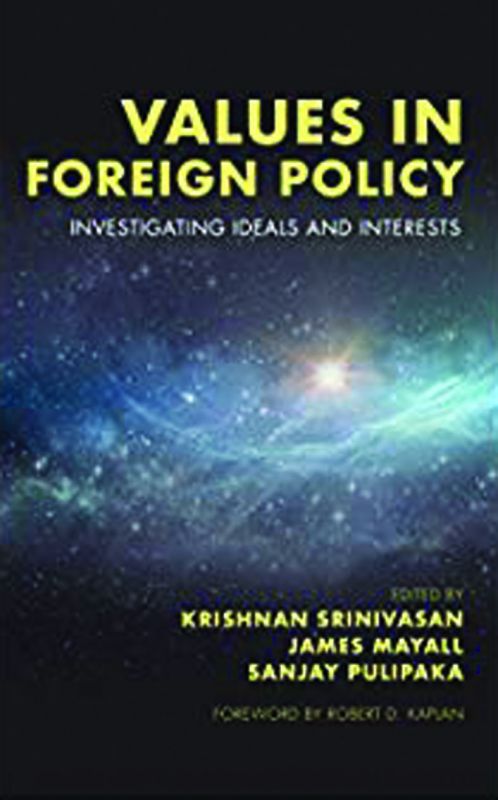 Among multiple evaluations of national, regional, continental and Islamic foreign policies, the contribution on India’s external affairs by former foreign secretary Krishnan Srinivasan is a scholarly sweep of its origins and history, incisively interpreted, with an even-handedness in its assessment of conduct under Nehru and some of his successors as Prime Minister.

Referring to the framework in the Narendra Modi period, Srinivasan writes: “A new assertiveness is reflected in symbols of patriotism and respect for the military. In foreign affairs there is no reference to philosophical values other than Hindutva, nor to Nehru and non-alignment as points of reference.” He continues: “While India was first known for projection of soft power, under Modi there is an assumed virility, though this approach lacks credibility without the backing of comprehensive national strength.”

The Nehruvian foreign policy of independent India was conceived on the basis of the country’s history, religious traditions and the legacy of the non-violent struggle against imperialism and racialism. Righteousness derived from Buddhism and Hinduism was a guiding light.

Nehru authored the fundamental stance of non-alignment in a climate of post-Second World War hostility between capitalism and Communism. But he emphasised: “It is sometimes said that our foreign policy is one of neutrality or impartiality; that is not correct. These words can be used only when two countries are at war and a third remains aloof… our policy is merely to do what we think is right and not give in to pressure… I shall merely call it an independent foreign policy.”

Non-alignment was disapproved of by the West and not exactly applauded by the Soviet Union. But it carved a moral high ground for India. It, however, required as Srinivasan puts it “a fresh definition” (of not being a member of any military alliance in the context of the Cold War) after India sought American assistance following the Chinese invasion of NEFA, now Arunachal Pradesh, in 1962. Indeed, it needed further explanation when the Indo-Soviet Treaty was signed in 1971 to counter Washington’s hostility before the liberation of Bangladesh. But Prime Minister Modi granting the United States use of Indian military facilities where there is no convincing, imminent danger to national security from across the frontier represents a clear tilt towards a power which has, crucially, rendered little in return.

Nehru’s idealism gradually got diluted; but never has South Block ignored realism and a careful consideration of issues until Modi’s arrival on the scene. President Ram Nath Kovind could not be farther from the facts when he proclaimed: “India’s voice counts in today’s world. The entire planet is drawn to Indian culture and soft power. The global community looks to us for solutions to international problems.”

The truth is foreign governments have become acutely aware of how intellectually challenged Narendra Modi is; and the only reason why they are restrained in their criticism of the BJP government’s human rights violations in Kashmir and sectarian steps like legislating a discriminatory Citizenship Amendment Act is not to jeopardise their access to the sizeable Indian market. At the same time, Modi’s despotic actions within have clipped his authority abroad.

India’s presumption that it needs to be heard, because its voice is one of an “ancient civilisation” — even expounded by Nehru to the US Congress in 1949 — is unrealistic, while Modi’s equation of India with Hindutva is fallacious, if not fascist.

Possession of a nuclear armoury by a country, admittedly, makes the rest of the world wary of it, but not necessarily respect it as a great power, which Modi jingoistically imagines India is. No nation with close to 300 million people living below the poverty line can ever be recognised as such. India’s avowed exceptionalism is also debatable. Its soft power influences a minority beyond the diaspora, and with Modi at the wheel this has certainly lost its ethical trajectory. Srinivasan writes: “The nature of its (India’s) aspirations remains potentially adverse to its greater integration with the global system.”

I am a little surprised that Prime Minister P.V. Narasimha Rao is overlooked in this book. After the collapse of its rock-like ally, the Soviet Union, when India was facing isolation, his adroit establishment of full diplomatic relations with Israel neutralised Western non-cooperation, the Peace and Tranquillity Treaty he concluded with China reduced the biggest threat to India’s territorial integrity, not to mention the economic gains from his Look East initiative.

Otherwise, from American to Russian foreign policies, European to Chinese, German to Japanese, the publication carries out a wide-ranging analysis; and instructively, too. An inspection of the Sunni Arab world’s foreign policy would have been interesting.

Other than Srinivasan, the book is edited by James Mayall, professor emeritus at Cambridge University, and Sanjay Pulipaka, a senior fellow at the Nehru Memorial Museum in New Delhi.

Ashis Ray is the longest-serving Indian foreign correspondent, having served uninterruptedly in this role for 42 years, mainly for the BBC and CNN