Bildungsroman of sorts, Merchant’s novel sees his protagonist struggle through life's adversity in pursuit of happiness. 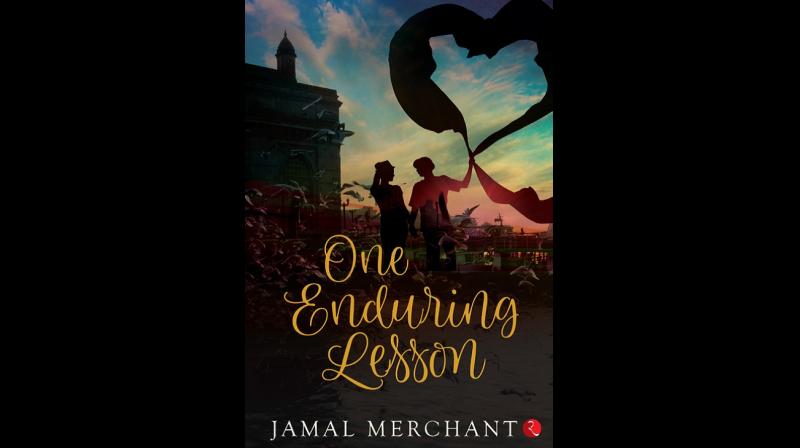 Priced at Rs 295, the 274 pager novel brings his protagonist Rahul Saxena to his Indian roots as he travels Mumbai and Amritsar extensively, to recreate a captivating journey.

Priced at Rs 295, the 274 pager novel brings his protagonist Rahul Saxena to his Indian roots as he travels Mumbai and Amritsar extensively, to recreate a captivating journey.

A bildungsroman of sorts, Merchant’s One Enduring Lesson sees his protagonist, eager to start a new phase in life, for which he leaves behind his cushioned life in the UK and travels halfway across the world to Mumbai, the city of dreams.

The 27-year-old half-Indian British citizen is however, completely unaware that this journey will soon completely turn his life upside down and put forward to him new experiences, vistas in life and the prospects of finding love.

Robbed as soon as he lands in Mumbai, Saxena’s life unravels in myriad ways as he grapples to exist, determined to make it on his own and not give up.

From the dark corners of Mumbai streets as a professional rat killer, to the confines of a dirty prison cell, to a high profile gigolo who pleasures distraught women, his life becomes a roller coaster of moments and emotions.

Amidst all this Saxena finds and loses love, only for his life to take a new direction.

The protagonist fights his demons, both internal and external to realise his destiny according to his own terms.

The tone of Merchant’s novel is fluid. Characters play out their own parts, making it a nice read.

However, what jars is perhaps so much being left to chance and fate, things happen in Merchant’s novel, consciously, at times, it feels to push the plot forward, which might otherwise be caught in its own vortex.

The novel starts off at a mundane pace, charting the author’s journey to India, and when one is shocked into a moment of reality (him being mugged), it slowly falls back into an easy pace.

Undoubtedly, the novel reached a strong climactic position, with Merchant’s protagonist realising that life is, in sum total, much more than mundane material realities, but in trying to stay true to a tested romantic, masala, Merchant perhaps fails in raising the bar of his debut work.

The language is lucid, with the author seamlessly flitting from one character to another, most of whom are well etched, and his portrayal of the indomitable human spirit makes for an interesting, if not overtly fascinating read.