Vivaan Shah’s method to the mystery

Actor and author Vivaan Shah’s debut book Living Hell is a murder mystery set in the suburbs of Bombay. 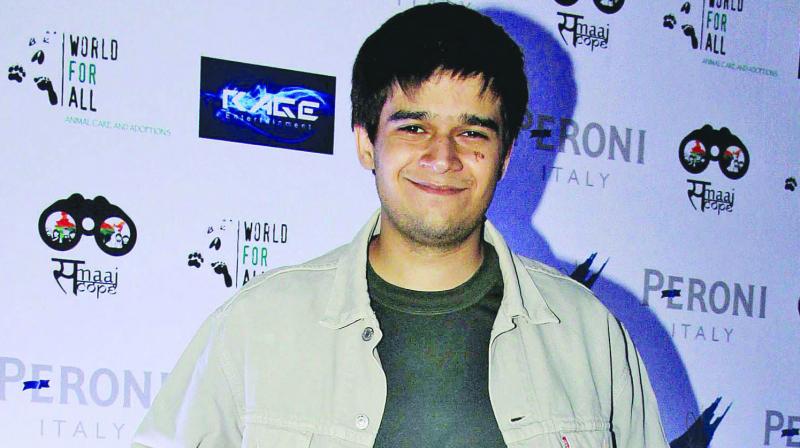 Anyone who grew up in erstwhile Bombay’s suburban area would relate to the backdrop of bhaigiri and how a little underworld don was already taking shape in every child psyche. A park opposite the residence of theatre and film actor Vivaan Shah in Bandra is now a meditation centre but in 1990, it was home to several shady marginal characters. It was here at this park that these characters would befriend other upper-class children, not out of choice but because cricket was the common area of interest. The gunda element and the interesting sub-culture of bhaigiri inspired Vivaan Shah, son of actors Naseeruddin Shah and Ratna Pathak Shah, to channel his childhood memories of growing up in that area of tinsel town into a murder mystery in his debut novel Living Hell.

The protagonist Nadeem Chipkali, who is a gangster, and his friend Naved Patla, Vivaan claims, anyone who grew up in these confines in the 90s would connect with their names. “I was always intrigued with the gunda element. The way they would talk and conduct themselves, their body language and dialect were intriguing. So, I penned my thoughts imagining those characters,” says Vivaan, who became famous for his role in the blockbuster hit Happy New Year.

This nourishing murder mystery set in Mumbai, aimed at giving readers a sense of how these characters would speak in English, required a great deal of translation skills. “As it is an English novel, I couldn’t really capture the actual language but I tried my best to give an interesting translation,” says the actor, suggesting that it would be ideal if one could write a bilingual novel with prose in English and dialogues in Hindi or in any other dialect. Vivaan tries to write his novella in bambaiya vernacular similar to poetry of the streets. 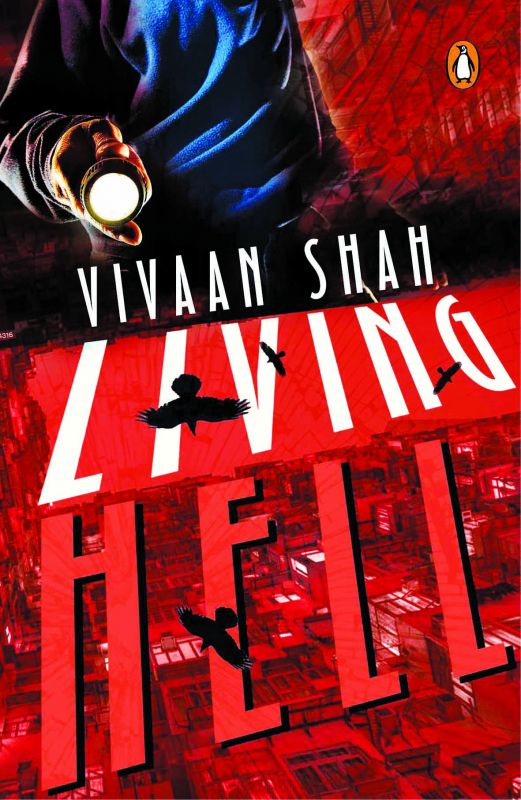 According to Vivaan, Living Hell is imaginative fiction and far removed from first-hand experiences, as he believes in being drawn from the imagination than his own life. “There has to be a balance of both but for me, it’s usually the imagination which is more important. You should be able to make up stuff, you shouldn’t be just dependent on your life experiences but go beyond the realm of what you know,” suggests the author.

Influenced by the works of Raymond Chandler, Dashiell Hammett, Jim Thompson, Agatha Christie and John Dickson Carr, Vivaan tries to do justice with his American pulp through the narrative of the city. Unifying two different genres of crime thrillers (one from the classics of Christie and other from Chandler’ cynical private work) Vivaan’s protagonist is a mixture of both the genres. “My character has more to do with logic and intuition. So, in a way, he (the character) depicts the story of human psyche and brain,” explains the author.

Hailing from an artistic family that is also inclined towards reading classics of literature, Vivaan was an exception until he discovered his love for books, and when it happened, it was all about crime, thrillers and classic fiction. “I got into literature when I was trying to make plays from the classic works from the past,” recalls the author who adds that it was much later that he dove deep into literature to explore its theatrical side while studying prose from the point of view of rendering them into drama.

When asked about his transition from actor to author, Vivaan fearlessly avers that both forms of art complement each other. Writing since five years, his first works were short horror stories. However, Vivaan stepped back from its publication as he was offered a digital platform. “I wanted a physical book so I backed out,” informs the author. Though one might think that his strong background could have helped him crack the deal effortlessly, Vivaan denies the notion adding that it took him four years to get his book published.  “I hoped my strong background would have made it easier but that’s not the case. I am happy that I was able to get this done on my own,” he confesses proudly.