In a freewheeling chat, the braveheart Dr Seema Rao speaks on training the forces and living her dreams fearlessly. 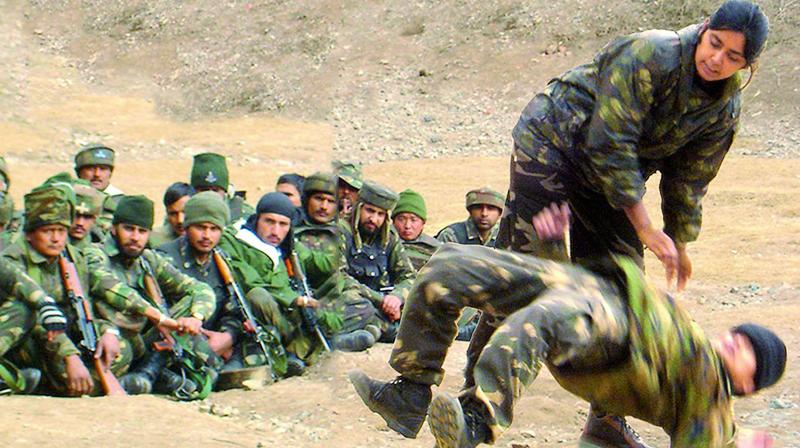 Dr Rao is also among the handful of instructors in the world authorised to teach Jeet Kune Do.

Fight like a girl often has a weak, negative connotation. But Dr Seema Rao, India’s only woman commando trainer is a testament to how strong women can be. In a freewheeling chat, the braveheart speaks on training the forces and living her dreams fearlessly

Don’t be offended when we say that Dr Seema Rao could kick your ass. She could drown you with one hand. It’s nothing personal. After all Dr Rao is a 7th-degree black belt holder in military martial arts, a combat shooting instructor and a firefighter. She is the only woman commando trainer in India.

At a time when we were all busy whiling away our time in college canteens, Mumbai born Dr Rao was busy training in martial arts. The seeds for this were sewn early on when her father, a freedom fighter, would regale her with stories of his struggle. “Listening to those stories of how he escaped prison and swam across the Mandvi river to safety always thrilled me. I made up my mind that I would do something for the country.” That something came years later when Dr Rao along with her husband Major Deepak Rao started training the Indian forces including the Army Corps Battle Schools and its Commando Wing, NSG Black Cats, MARCOS, GARUD and Paracommandos. 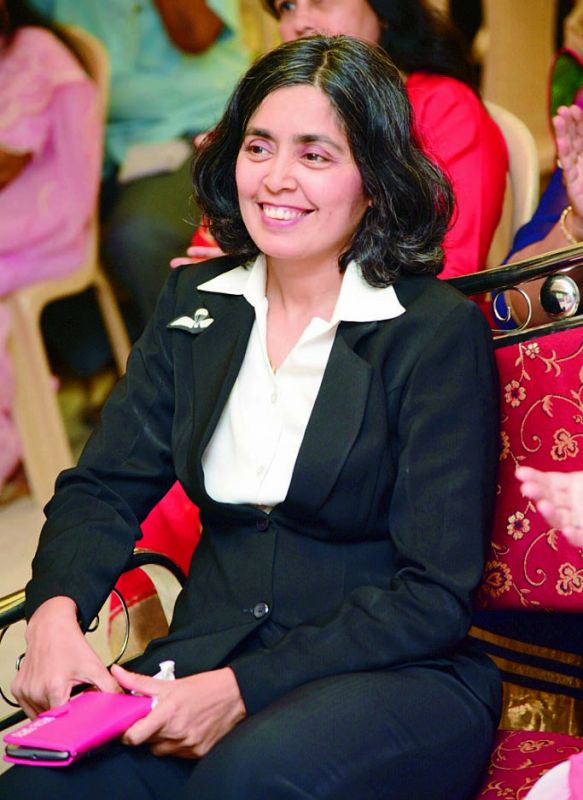 The birth of a hero
Growing up, the naïve and scrawny Dr Rao had no inclination to physical fitness and even confesses to being bullied in school for her weak disposition. But that changed when she met her husband whilst studying for her medicine degree. “Watching him practice martial arts inspired me to follow suit. I realised I could be strong and be in control rather than be controlled.”

So along with martial arts Dr Rao also learned unarmed combat skills and rifle shooting. A chance meeting with a senior police officer led the couple to train the forces. Interestingly, the duo has been working pro bono for the past 20 years. Along with the satisfaction of doing good came the hardship of a life without a regular income. “We would be travelling eights months in a year with hardly any money to get back. There was a time when I had to sell my mangalsutra to survive.” 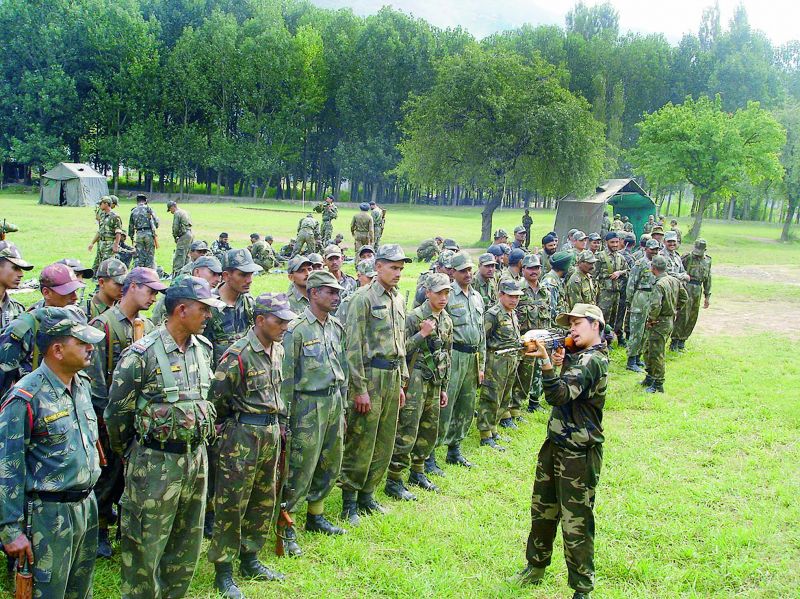 The financial strain notwithstanding Dr Rao has also had to face terrorist fire in Jammu & Kashmir and narrowly escaped getting shot. “Once on the way to Uri, my vehicle overtook an army convoy that was ambushed with terror fire, barely a few kilometres behind me. I have also evaded specific terror traps after being cautioned by certain agencies.” Being noticed and recognised is a hazard in this profession and Dr Rao would often travel under various aliases. So much so that many of her trainees in the armed forces were also unaware of her real name. “Now Internet has made my life story viral and I have got known all over, making my security more complicated,” she sighs.

The life of a commando trainer
Training commandos in unarmed combat is not just physically exhausting but also brutally difficult. Along with challenges of acclimatisation at altitude, Dr Rao also has to flight endemic tropical diseases like filariasis (a parasitic disease caused by an infection spread by blood-feeding black flies and mosquitoes) in the jungle and heat stroke in the dessert. Training usually starts at 6 am and continues up to 6 pm. Night exercises extend upto 4 am in the morning. Injuries are a part and parcel of Dr Rao’s life. A severe vertebral fracture saw her laid up in bed for close to six months. The recovery was long and hard, but she remains phlegmatic. However it was the head injury followed by amnesia that goaded Dr Rao to rethink her life. “Every time I asked my self if I wanted to continue, the answer was always a resounding yes. Life is tough but no one told me it was going to be a rosy journey.” 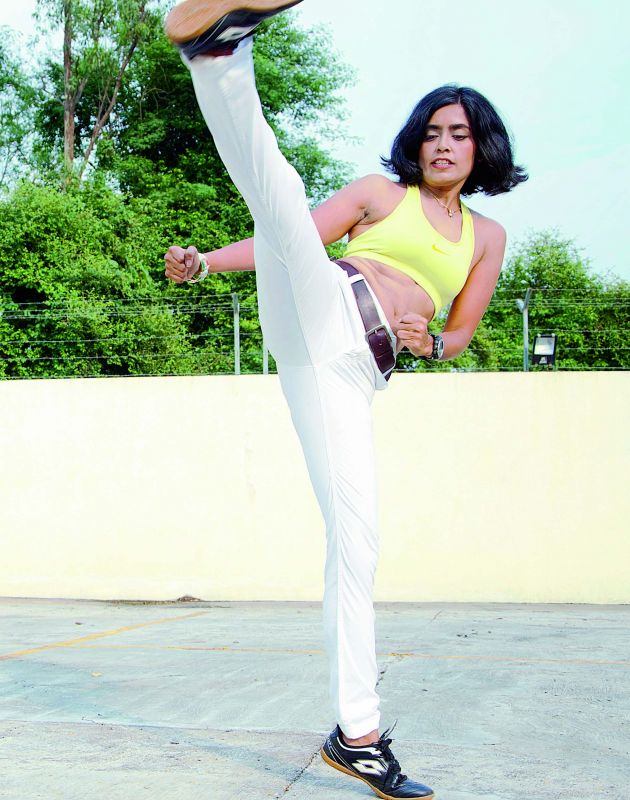 On a personal level Dr Rao decided to forego the joys of motherhood for undivided attention for her career. Later on the couple adopted a girl child who is now 25 years old.

Leading the men
Dr Rao has had to earn her stripes when it came to training men in Close Quarter Battle. It wasn’t easy she confesses. “Yes, men do get rattled when they see a woman training them. But I led by personal example and demonstrating that I could it. For this I had to keep my skills wound up at all times despite injuries.” 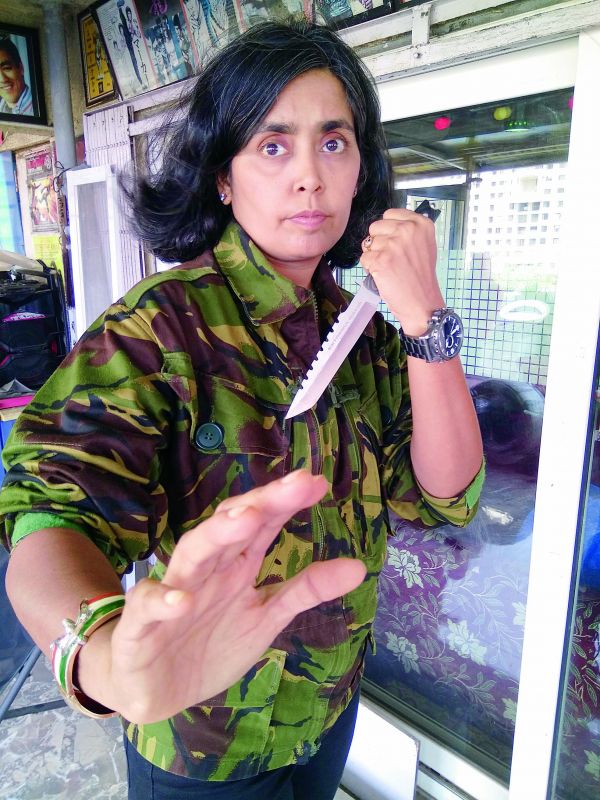 To say that Dr Rao is just a woman commando trainer would be limiting, though. She is also among the handful of instructors in the world authorised to teach Jeet Kune Do an eclectic and hybrid martial art founded by Bruce Lee in 1967. She’s also a scuba diver, an HMI medalist in rock climbing and a Mrs India World pageant finalist. Her book on Close Combat Operations has a permanent home in the FBI, SWAT unitand the Interpol library.

Now 48, Dr Rao shows no sign of slowing down. She recently helmed a movie on women empowerment. When not delivering motivational speeches to institutes and corporates Dr Rao loves dancing, listening to music and watching action films. “I am a very colourful person. Life is too short to not try your hand at everything.”