The perils of being a celebrity biographer

Even after the book is published, starry-eyed litfest organisers go tight-fisted, inviting only the star but not the author. 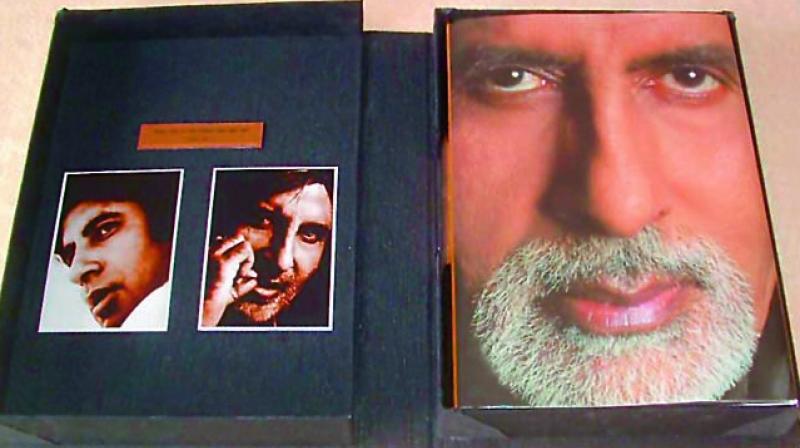 The cover of the book To be Or Not to be: Amitabh Bachchan

There are stories within stories when you write about the life and times of the rich, the powerful and the famous, whether your approach is fact or fiction.

They let you into their homes, you see them at their best and worst. You see them squabble with their near and dears. You see them at their most vulnerable. How do you decide what to keep and what to shed when you write their memoirs? Is it easy to manage the celebrity’s moods and tantrums and come up with a winner? The perils of writing a biography of the rich and the famous are many. To begin with, they have a battery of lawyers who can sue you to kingdom come, if they’re unhappy with the end product.

It’s a fact that many treat you like dirt. There’s the famous incident of a superstar who kept this lady waiting the whole day in the lounge before finally deigning to meet her. When asked about his non-gallant behaviour, he’s supposed to have sniggered, “She’s desperate to write about me. So I can get away with it!” Or the author who began working on the biography of a celebrity and then found his whole family expected to be consulted for every sentence written. Even after the book is published, starry-eyed litfest organisers go tight-fisted, inviting only the star but not the author. Then there is the proverbial meanness — rare pictures and memorabilia shared by the wordsmith from his private collection are rarely acknowledged, paid for or returned. 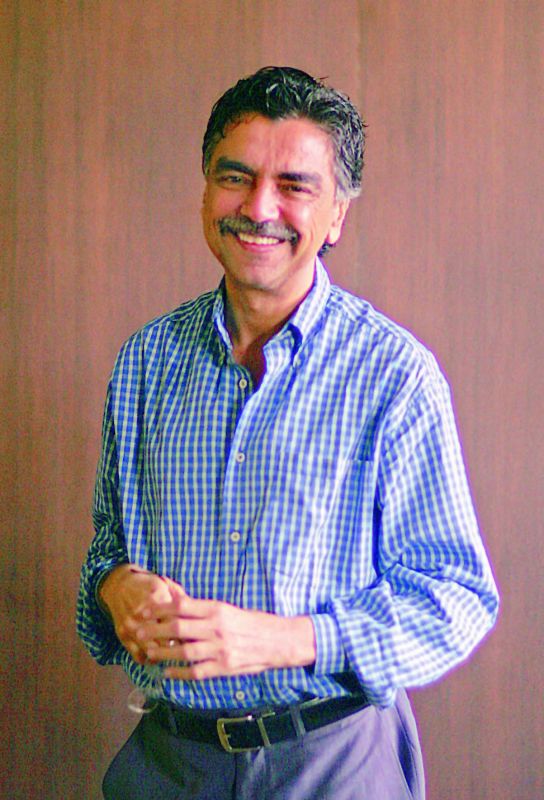 Journalist, filmmaker and author of biographies, Khalid Mohamed, has his own take on it. “Your spine shudders, warning you of imminent danger, when a star announces, you’re family! It’s a spoiler alert. It means you are part of his durbar and can only pen what he approves of. One line out of place and he’ll shut you out.”

Khalid should know. He was approached by Jaya Bachchan to do a coffee-table book on her husband for his 60th birthday. Khalid agreed, provided he could do a TV documentary on the mega-star.  He did make that film. But “why it is rotting in the cans somewhere, will always remain a mystery.”  Somewhere along the way, he has obviously riled the Bachchans. Of the coffee-table book, Khalid admits candidly that certain things were not amplified when he tried to flesh it out, with Amitabh snapping irritatedly, “Why are you behaving like a journalist?”  Khalid says the book was not “personally satisfying. It could have been more probing and looked at the grey areas like the incessant chatter about his involvement with Rekha. In the end it was all sugar, no spice.” When he started writing Asha Parekh’s biography, she did not want to mention anything about the grand amour of her life, producer-director Nasir Hussain. It took a lot of convincing before she agreed to talk about him on record. “It was a tender relationship lasting many years, and I made sure I was gentle in my narration,” he reveals.  But it is the yet-unpublished memoir of artist M.F. Husain that holds him in thrall. “For nearly five years I followed him everywhere, even to his home in exile in Qatar. I was completely in awe of him. I admired his genius and the way he handled people. He gave me complete freedom to interpret, add and subtract incidents. 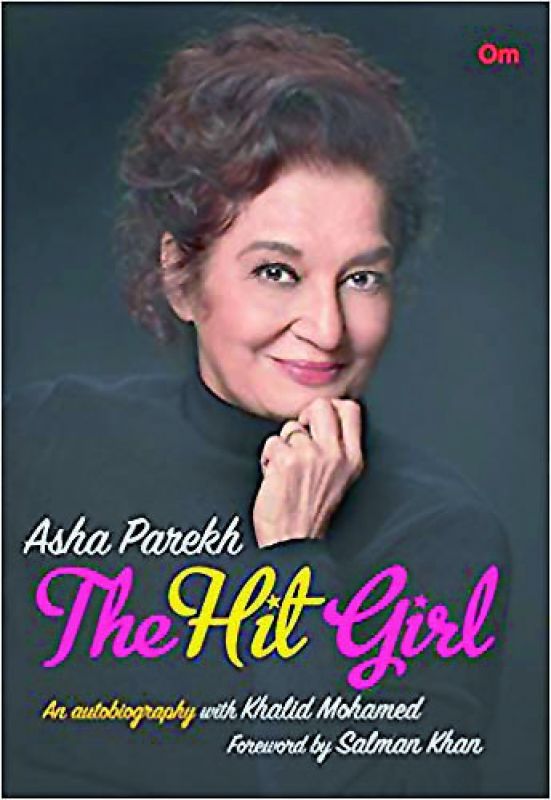 The book cover of the biography, Asha Parekh: The Hit Girl

But when I would show him the draft he’d say, ‘It’s much too bold.’ When I watered it down, he’d complain, ‘This is too tame. Who’ll want to read such boring stuff?’ I could never strike the right balance! I found it amazing that he could openly say, ‘I have no shame. Who doesn’t like publicity and be in the news?’ Another comment of his that moved my heart was, ‘If I don’t paint for even a day I’ll be dead.’ And he painted even while he was ill in hospital. I’m touched that one of the very last poems he ever wrote is with me.”

Is there something naughty he might not include in the biography if it ever goes into print? Khalid chuckles about the time at the Dorchester in London when Husain had lost the key to his hotel room. “I found him sprawled on the sofa in the corridor, snoozing away. When I asked why he couldn’t simply go down and get a duplicate from reception, he was incredulous. ‘And let them think I’m crazy and lose their respect?’ Another incident that has Khalid in stitches was when he, Husain and a young journalist visited the artist’s current paramour. “The lady took one look at the young lad and got the hots for him. The minute Husain stepped out of the room, she told the boy, ‘Let’s you and I dump the old man and make merry with a bottle of wine,’ little realising he was gay!” 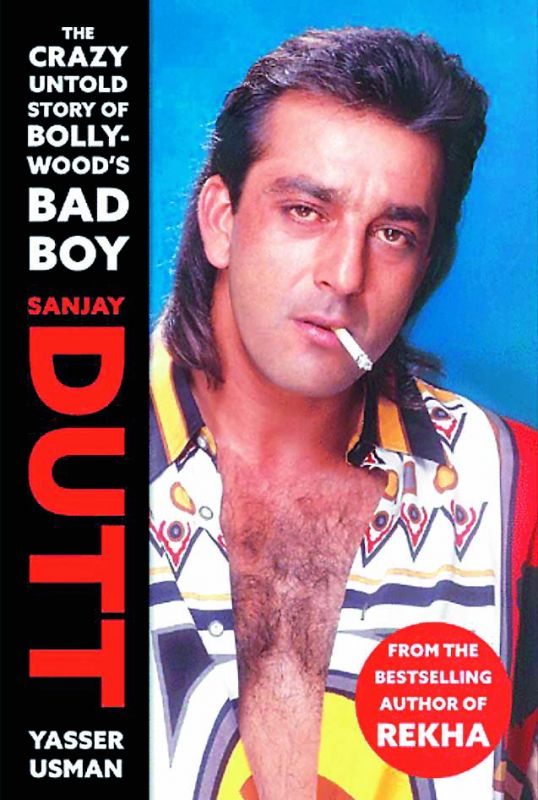 If Kitty Kelley is the queen of unauthorised biographies, then our own Yasser Usman is the crown prince of tell-alls, having written revealing books on Rajesh Khanna, Rekha and Sanjay Dutt. Unlike Khalid, who shies away from the very mention of “unofficial”, Yasser has no such qualms. However, what started as documented biographies ended up as unaccredited due to a variety of reasons. “I was a cub reporter with a Delhi channel many moons ago when I was sent to get a soundbyte from Rajesh Khanna who was inaugurating a hospital at lunchtime. He turned up six hours late and when I begged him to say a few words he brushed me aside, saying he was rushing off to the airport. I said I would lose my job. His reaction was totally bizarre. ‘How old are you?’ he asked. ‘Twenty-four, sir,’ I replied. ‘Young man, I was a superstar long before you were born. Ask your mother about me!’ And he whizzed off. That piqued my interest in him. Years later, when I was covering his funeral I was astonished by the massive turnout of weeping, wailing, distraught fans. ‘You won’t understand what he meant to us,’ said a tearful lady. That’s when I decided to put his life down on paper.”

Politician Amar Singh, a close friend of Dimple, promised to put in a good word and dialled her number in front of him. She agreed to meet him but dilly-dallied. She probably felt she would be opening a can of worms if she came clean. A close relative agreed to spill the beans but backed out at the last minute because he was beholden to the star family, who had obviously asked him to put a zipper on his lips. 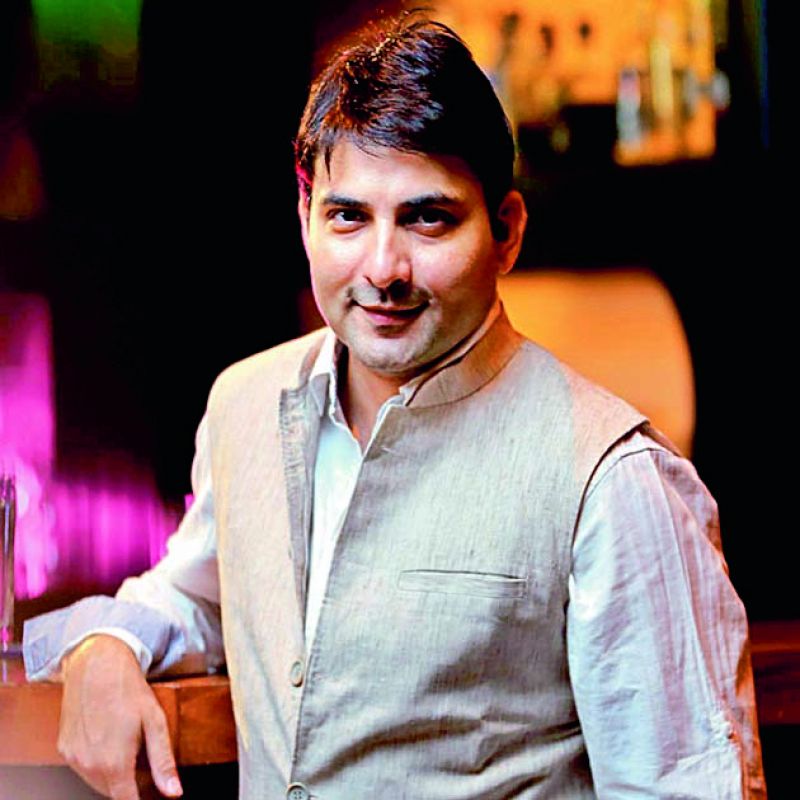 But the most surreal reaction was from Khanna’s former secretary. When Yasser told him about the impending biography, he said, “You’ll have to get Mr Rajesh Khanna’s permission first.” A dumbfounded Yasser shot back, “How can I do that? He’s dead!” And the man replied doggedly, “You’ll have to get Mr Khanna’s permission first!” That’s when he decided to go it alone. “Rajesh Khanna’s book explores the loneliness of an ex-superstar. Rekha’s story is about a quintessential underdog who rose to great heights and Sanjay Dutt’s about the crazy bad boy who never grew up,” he amplifies.

When it came to Rekha, it was Gulzar who spoke to her secretary Farzana, saying, “This boy has written a good book on Rajesh Khanna.” They chatted several times over the phone but here too, nothing came of it. The funniest was when he got in touch with a well-known filmmaker and he tried hitting on him! “I felt there was a need to tell the larger story of this woman who is known for her flamboyant Kanjeevarams and diva image but not the adolescent scars. Both are parts of her and need to be told as part of the same narrative.” He defends his style of writing: “It’s actually an effort to humanise the enigma. That’s why my books connect with readers.” Many publishers approached him to produce a quickie on Sridevi after her untimely death, but he refused, citing it would be “in bad taste.” 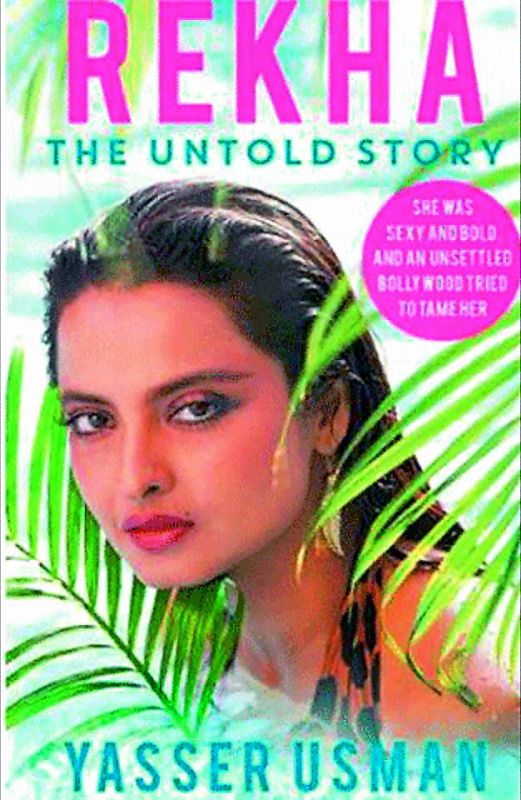 The book cover of the biography Rekha: The Untold Story

Has he ever been threatened with physical harm? Not really. Rather, he’s faced a wall of silence from his subjects. But in Sanjay Dutt’s case, his lawyer actually sent a legal notice before the book was published. “Our team replied that the material was perfectly sourced and a large part of his life was already in the public domain. Two weeks after it was published, Dutt tweeted that the contents were imaginary, without specifying which anecdote or incident he was talking about. That’s the last I heard from him.”

Yasser confesses he has so many yarns to tell about the making of his biographies that it could make another book. Meanwhile, he’s game to write an approved version, if anyone is interested, provided it’s not a PR exercise.