Kulhari is on a mission to live life and work on her own term, especially in showbiz, which is obsessed with star power and instant validation. 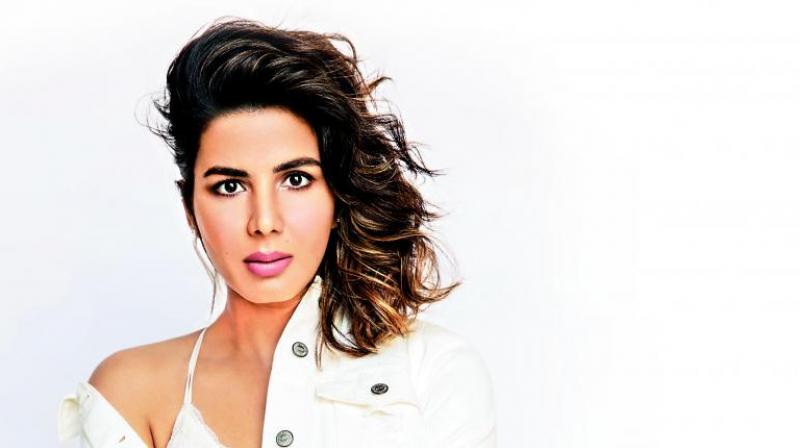 Her choice of unusual roles from Pink (2016) to Uri: The Surgical Strike (2019), and the latest Bard of Blood series, has made Kirti Kulhari a director’s delight. With outstanding performances in movies like Shaitaan (2011), Jal (2014) and Blackmail (2018), this Mumbai-based actor has won hearts yet again as a Balochi girl. In a candid chat, Kirti speaks about her choice of films and approach towards the entertainment industry.

How did you prepare for your role of a triple agent in Bard Of Blood?
Agents operate at different levels in different ways. Unlike the rest of the spies in the show I dint have to go out shooting people. In terms of preparation, I just had to understand the different emotions and layers of the character. I don’t think I did anything specific to play agent (Jannat). She is somebody who manages things in a different way – trying to balance her family’s existence. It’s a barter deal that she has with the ISI to protect her brother. She leads a lonely life since there is a lot of secrecy involved.

How tricky was it to show the confidence and vulnerability of Jannat?
It’s a delight to do characters that have different layers. As an actor, your job is to find different aspects of that character. This is true for all of us. There are so many people who come across as strong but they have another side to them. We all have weak moments. It is nice to watch a character, which portrays that vulnerability, the reason why Jannat’s character was so widely loved. It came across as a real character, not something that is larger-than-life.

Your character of Jannat was not there in the book so how different was your approach towards it?
I think my process of arriving at Jannat would have been the same because you just need some material to play with. Since it’s a show you have screenplay, new dialogues and scenes where you actually have a lot more to play with than the book. Now it is funny to think about the book without Jannat in it.

You have a great filmography with films like Jal, Shaitaan and Blackmail but do you feel you are yet to get your due as an actress?
I don’t care about dues anymore. I don’t think anybody can make me feel worthy. I think nobody can validate what I am. I don’t wait for validation to come from outside, including the industry. I think people know me. They know what I am capable of. I am validated to my work when I see myself on screen. That’s the most important thing for me.

You have a no filter approach and don’t succumb to industry pressures?
Nobody has to succumb to any pressure including actors. Everyone has the right to be who he or she is. I don’t know how long people pretend to be something else. The only way to truly live life is to be you. It is stupid to succumb to any pressure and then hold the industry responsible for it. You have a choice not to buckle under pressure. Everyone is in the rat race, complaining about the pressure and giving into it. You can either create your own path and walk on it or continue complaining.

Actress are no longer restricted to dancing around trees in chiffon saris, but some in the industry still feel that an actor is commercial only when she does it?
I am beyond these pressures and the idea of how this industry works. I have proven my mettle time and again. I am not choosing my life and work on what the industry expects of me. I enjoy breaking all the stereotypes and rules. Yes, it is disappointing because I do face rejections but I feel stronger than ever. In my own ways I am inspiring the new generation who want to be actors. It’s a tough decision but I am happy to live life on my own terms