Age on Sunday   20 Oct 2018  People assume my life must have been sorted, says Arjun Kapoor
Age on Sunday

People assume my life must have been sorted, says Arjun Kapoor

The actor talks about his emotional and professional ups and downs and how they helped him grow as an individual. 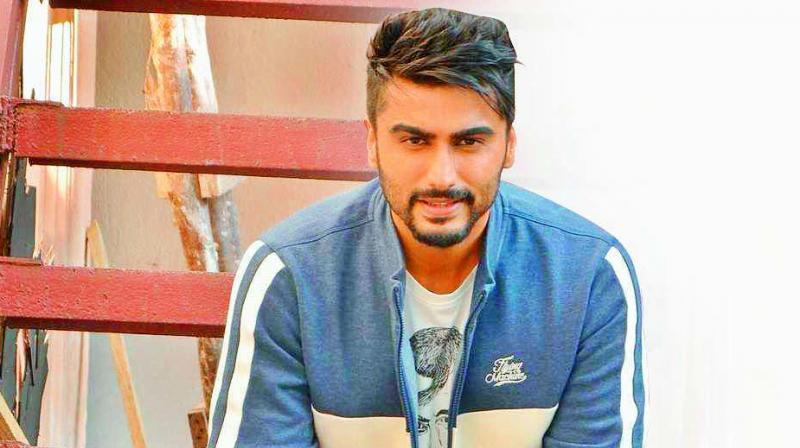 He may have the “Kapoor” tag at the end of his name, but life hasn’t been all smooth sailing for Arjun. Since making his debut with Ishaqzaade in 2012, he’s seen his fair share of ups and downs. Now, as he gears up for the release of Namaste England, we sit down with him to get to know the man behind the screen.

You come across as a strong person, but you have said before that you are extremely emotional. Is that true?
That is true. I guess my physicality and the kind of roles that I did at the beginning of my career have created a certain perception. Most people are aware of the highs and lows that I have faced personally and professionally from my childhood to now, and they see the resilience of a person who has crumbled under pressure and managed to rise again. So, if people think of me as strong, it’s because of my onscreen persona and my off-screen reality.

But the emotional part of me is the purest part of me. I am an emotional person, I cannot deny that. But there is a self-defence mechanism that prevents you from being emotional with everybody. You have to realise that after what I have experienced, I have a fear of loss. I can’t open up to everybody. I think it’s a good thing to be emotional, but in our profession, it’s not always good to show that kind of emotion.

Is it difficult being judged?
You can’t take everybody’s opinion to heart. Everybody passes judgements, and people’s opinions change over time. It’s a short-term thing. And off-camera judgement is just silly.

Do you filter your thoughts before speaking?
I need to have a filter because I have this habit of being unapologetically honest and blunt. I don’t mince my words and that doesn’t go down well with people. It’s not me being rude or arrogant, that’s always been my personality, and it gets me into trouble time and again.

How do you react when people say that you’ve had it easy because of your family’s strong financial background?
That’s unfair... growing up, I wasn’t as financially secure as people think I was. I don’t want to go into the details, but people assume that just because I am somebody’s son, my life must have been sorted. Dad had his own uphill battles, he had two families to take care of. My mother had to work to support us due to certain circumstances. But I accept that I have had a better life than 90 per cent of people thanks to both my families.

How good are you with money now that you’re earning well?
Because of what I have seen and what my parents have gone through, I value things more. I am a bit of a spendthrift, but my sister curbs my spending habits. At the end of the day, I value everything that I have. I am also getting wiser with my money.

Is your sister Anshula planning to enter the film industry?
She has distanced herself from films in a way that makes me think of her as an audience in the house. I respect her opinion, she has good judgement about films.

Your grandmother has asked you to get married. How seriously are you taking her request?
I have travelled a great distance and sacrificed my personal life for my professional life. For a while, I put my blinkers on and pushed away anybody who brought me love, because I was scared of love. I wanted to focus on my career without any distractions. Today, I am happy with who I am as a person, and I am available to emotionally invest in and nurture a relationship. I am ready for it, but it doesn’t mean that it’s going to happen tomorrow.