Mute point for a better India

There is an underlying angst that’s consuming India, about the things that are wrong. 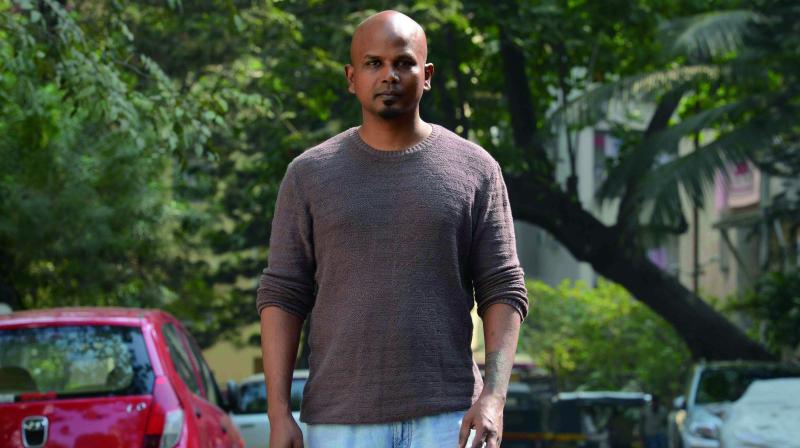 Is it foolhardy to swim against the tide, voice misgivings and rage about matters of national conscience? Pause, act on your convictions, is what the talented crusader of India’s subconscious, ad film maker Ram Subramanian staccato films implore you to do. Behind the famed documentaries Mute,Unmute and Pause, the Mumbai-based activist is an idealist... and you know what happens to them, right? They are shunned, made fun off, overlooked, but Ram is finding a voice with his Facebook page ‘Voice of Ram’.

He is working towards a trip to Pakistan now, to debunk politically-motivated myths and initiative dialogue. But that’s just the tip of his activist iceberg, as Voice of Ram asks questions, takes the bull by the horns, and has over a lakh and a half followers. His documentary Mute explored the angst of a young Indian and has over 2,43,787 views on YouTube, and Unmute, sees the same angst resurface as collective voices of a country taking an oath to be the change (with 10,64,881 views). While the young, defiant and opiniated filmmaker — who studied in Christ College, Bengaluru, dropped out of college to get into copy writing, then advertising as creative director — has won accolades like the Silverline at Cannes, he decided to leave it all in search of an all-elusive truth: To right wrongs or, atleast, speak up. Not “anti-establishment,” Ram feels he speaks to the establishment to create change. Not a rabble rouser, he wants to evoke a collective thought, coaxing a weary Indian to ideate on solutions.

“Voice of Ram started when I was doing a lot of art-based activism and I had many friends on facebook. My list of followers started increasing — I didn’t fathom that it would grow so much. The quality of people on Voice of Ram is important — intellectuals from publications, politicians from Congress, BJP, AAP’s Dilip Pandey has also participated in my campaigns. Institutions, professors and techies follow my page,” says the ad man whose film Pause led to a Velfies phenomenon and a Pakistani girl Khadija Akhtar responded to Pause which led to a page — the Dear Neighbour Movement on Facebook that saw over 40k people from both India and Pakistan signing up and exchanging peace-velfies (video selfies).

“When I started, in my naivety, I thought I’d be the voice of the people, but realised that it’s just my voice. I write about things that I feel are right. I am trying to go to Pakistan now. I met the Pakistani ambassador in Delhi 15 to 20 days ago and we had a wonderful conversation about the current scenario and what needs to be done, in terms of peace. I even wrote to the Prime Minister, and all I got in return was a number which said that ‘you have written to us,’ and no response. So, I don’t have the Indian perspective yet, but I will go to Pakistan. Mr Rajnath Singh wants to encourage people-to-people contact, I don’t know what that means. For me, it means going to Pakistan, meeting people, as 99 per cent of a country are not a**holes. They are good people who want to do their jobs, live peacefully. It’s that one percent that create issues. If we live in a democracy, why is it that there is one percent controlling us? I want to encourage the 99 per cent to go and hang around the other 99 per cent in Pakistan and send out a message to parties from both nations, to stop being uncreative. I am also collapsing my work into mobile phones which thankfully, I can do without money. Like the Profile for Peace was an idea that didn’t need money — it’s just a paper and one photograph, and 20 lakh people became a part of this campaign from both sides of the border,” he explains.

The adman left corporate ad life and started his own Handloom Picture Company after seeing the corruption in advertising, “I refused to be a part of it, and when you stop being a part of the system, they shun you in ways in which it’s painful, so you end up creating your own space which is what led me to create my films Mute, Unmute and Pause,” says Ram, adding, “I directed the OLX ad. At Cannes, I won the Silverline for my film on Indo-Pak as a writer. I have gotten small nominations and merits but I stopped entering in Cannes, as it’s a scam — a waste of money. I don’t require their validation.”

His films led him to volunteer for the Aam Aaadmi Party, and even start their innovation department that mobilises change, digitally, “Vishal Dadlani lives in my area in Bandra, and he used to get in touch with me for help. I am sympathetic to any underdog who is trying to create a change. I am anti-corruption, and have never taken a bribe... I understand the anger of being left helpless, and seething while paying one. So I made Samvaad where Kejriwal talks directly to the camera, and it went viral — it is the biggest viral to date. As a volunteer, I also retain my opinion and individuality,” says Ram, who is from a weaver community, Devanga Chettiars, from Mysore who moved to Tamil Nadu fearing conversion by Tipu Sultan.

Mostly deep in thought or the funny guy (who in college did rib-tickling mad ads), Ram adds, “I am not a cynic, I like being positive. Thanks to my parents, I have inherited that, or maybe it is just stupidity which is sometimes also called positivity,” he laughs, also worrying about not being able to keep Handloom Picture Company afloat, that gets its name from the dying art of his community. His films are his way of showing the world his art and Voice of Ram is about creating discourse. He is that voice in your head that you probably want to mute, because it’s right!

But, Ram hopes to cultivate a thinking society, “I read a line when I was young: When you are dying, your entire life will flash past, and your biggest cinema will be your own life, how you lived — make sure it’s worth watching,” he concludes.