My surname is a great responsibility, says Aryaman Vikram Birla

Aryaman Vikram Birla chose to stray from the world of business to become a professional cricketer, instead. 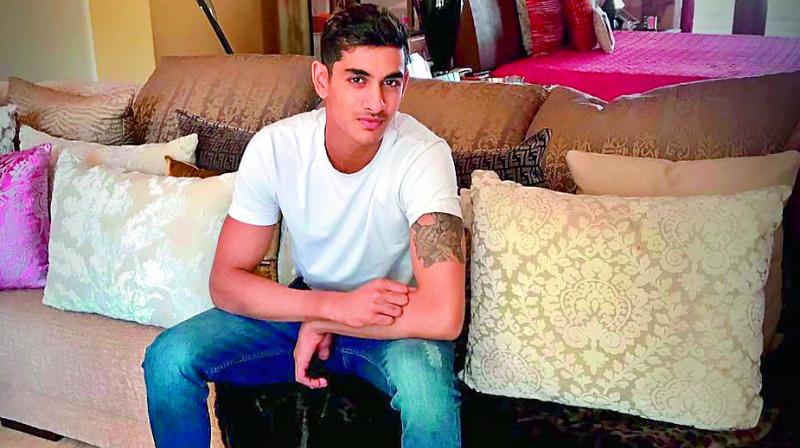 His kit bags are packed. Aryaman Vikram Birla is travelling from Mumbai to Rewa, Madhya Pradesh, to resume his cricket matches. Only, instead of swanky business class flight seats and chauffeured cars, he’s taking a train back to the small town he plays his game from.

As he settles down in his seat, having had to spend a few minutes conversing with an elderly man over their tickets, the Birla scion explains that getting into cricket was a natural progression for him. “I’ve played cricket my entire life,” he says over a phone call. “I was eight, maybe nine-years-old when I started playing. I played a lot of sports when I was very little, but cricket was the one that stood out for me. There was no definite moment when I realised I wanted to pursue it as my career; it was a natural progression from it being a hobby to now playing it professionally.”

The 20-year-old left-handed batsman had been quietly representing Madhya Pradesh in the Under-23 Col CK Nayudu Trophy, before he burst onto headlines, smashing a 153 against Odisha in Indore last month. Aryaman believes cutting his teeth in the sweltering heat of Mumbai cricketing nets has come in handy for his gritty performances.

“Playing in Mumbai is a great learning process,” asserts the son of Kumar Mangalam and Neerja Birla. “Growing up with cricketers that I did, I learned a lot. Slogging it out in the Mumbai nets has been important not only for me, but it is so for every aspiring cricketer. And it’s not something I’ve had to do differently.”

However, simply ‘slogging it out’ in the nets wasn’t enough for the ambitious boy, who soon realised that the opportunities it provided him in the city were drying up fast. At crossroads in his fledgling career as a teenager, Aryaman took a call to leave the city and play in Madhya Pradesh. But he knew he’d have to start at the bottom, and was ready for the obstacles that came along with it.

“Obviously, it wasn’t easy moving away from home, but it’s a decision I’m glad I took,” he grins. “It was a calculated decision. The first two years weren’t easy at all, but I’ve gotten used to it now, and I love challenges. It has been different being away from home, but I take these things in my stride and move ahead.”

Having grown up in luxury, Aryaman has had to face the contrast of living in a small town for most of the year. Quiz him on whether it ever got overwhelming, and he shoots back. “No, my main aim was always to work on my cricket. Anything outside of it, I wasn’t bothered about much.”

Another challenge the professional cricketer learned to tackle early on was the treatment that was meted out to him — both the negative and positive extremes — because of his surname. This was a factor in him moving bases to further his career too.

“People come with conceptions and pre-conceived notions when they hear your surname, and think of you in a certain way,” Aryaman says slowly, weighing every word. “And while that’s a part of the challenge, it’s not a burden by any stretch of imagination. I’m extremely grateful for everything that I’ve gotten and my surname is a great responsibility. It’s given me the opportunity to pursue the career I’ve wanted to pursue.”

Prod him further, and he adds, “It’s a natural tendency for people to treat you differently when it comes to your surname. But when they get to know the real you — like my teammates do — it ceases to be a problem. It’s important for me that people see me as a genuine person, more than anything else. I try to do all I can for people to think I’m genuine and not different from anyone else because of my surname.”

The youngster adds that he understands he’ll have to go through multiple layers of tournaments and selections to prove his mettle, but he aspires for the big stage. The IPL is also on his radar. “I do have some personal goals, and the IPL provides for a great platform for any cricketer to showcase their skills,” he says. “It’s something that’s on my mind for sure, but I’m very focused on the present and playing for the Under-23s. In all these years, I’ve learned that the process is the most important thing, and I’m just trying to concentrate on that.”

Having grown up with cricket around him, whom did Aryaman idolise? “There’s not been one single name that I’ve looked up to, as such. Every cricketer I play with, I try to learn from as much as I can. I take the good bits from everyone and try to put it in my game. Not just my game, I try to use it even off the field,” he concludes.