2016 Fear vs Hope: New world order may emerge after disorder 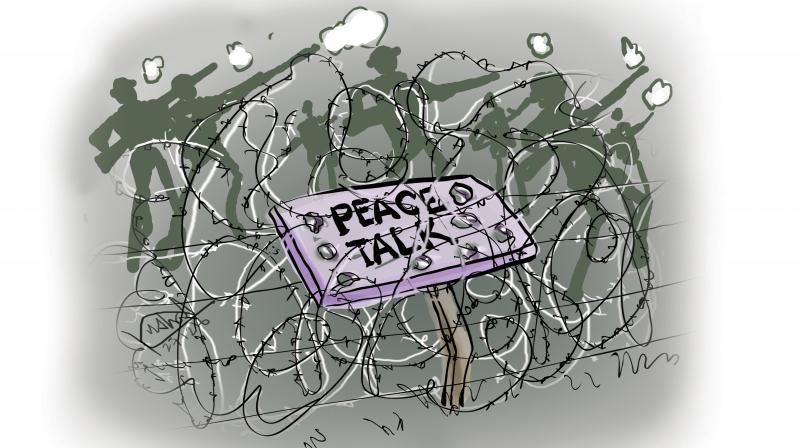 Islamabad’s decision to reveal the contents of Trump’s phone call with Sharif in which the President-elect praised the country and its people has already been avenged.

There is little doubt that Donald Trump plans to redefine foreign policy — time-honoured equations and beloved orthodoxies are all up for a reset. Or so it seems.

According to a new poll by the right-leaning Center for the National Interest, a majority of Americans feel foreign policy of the last 15 years had made them and the world less safe. More than 70 per cent want the U.S. to work with existing governments —  so no appetite for regime change — and 54 per cent say working with the United Nations would improve U.S. safety. Most interestingly, 93 per cent do not see China as an ally while over half the voters see Russia as a potential partner despite the problems. Trump has already riled China by talking to the president of Taiwan and shaking the “One China” policy to its core while sending good vibes to Russia, a permanent enemy in the eyes of much of the American establishment. If he continues to drive his truck through, South Asia will feel the aftershocks. Whether he has a master plan is unclear but thus far, he has proven true to reputation as a mega force of disruption. A new world order may emerge after a nerve-wracking period of disorder.

The interplay among Trump’s nominees for top positions — Michael Flynn as national security advisor, James Mattis as defence secretary and Rex Tillerson as secretary of state —  will be key to his Asia policy. The first two are retired generals who are familiar with Pakistan and its bag of tricks. 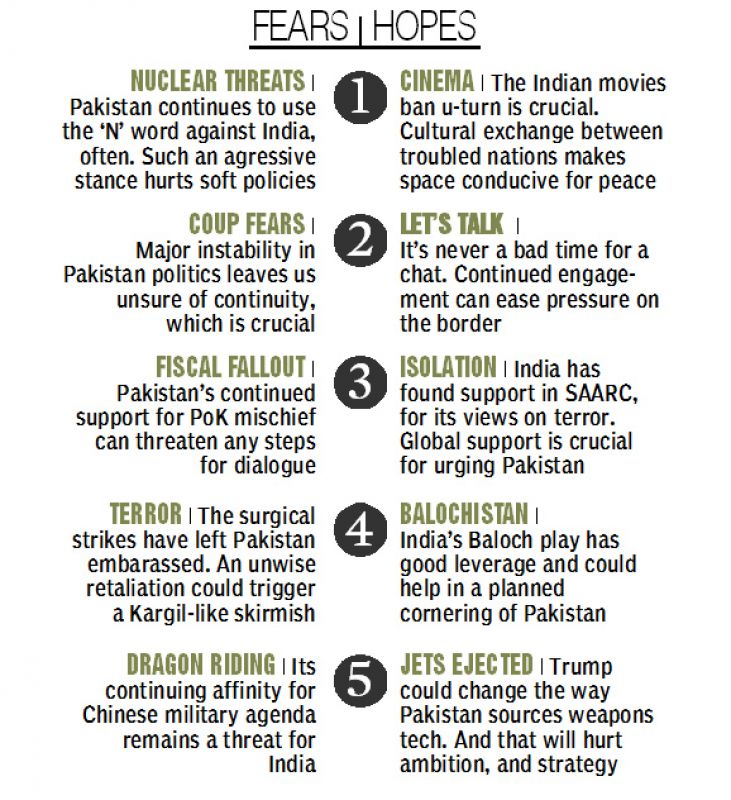 Although Mattis as head of US Central Command defended Pakistan military’s conduct in front of the US Congress and repaired relations in times of deep bilateral crises as per the Obama Administration’s policy, he now has a new master and a new playbook. Punishment could be swift and unpredictable. Trump takes umbrage easily and doesn’t forget. And Pakistan may have already started on the wrong foot.

Islamabad’s immature decision to reveal the contents of Trump’s phone call with Sharif in which the president-elect effusively praised the country and its people has already been avenged. In a clear snub, Sharif’s envoy Tariq Fatemi failed to get a single meeting with Trump’s transition team despite waiting for nine days.

But this should not be taken as a defining contour of what may come. Trump and his team will eventually find some accommodation with Pakistan, especially as they assess the coming together of China, Russia and Pakistan in a new security triangle to squeeze America out.

For the record, the always difficult U.S.-Pakistan relationship had an even tougher year in 2016. The U.S. Congress decided to put pressure after years of watching the Pakistanis dance with terrorists, despite pleas for action. It blocked discounts for F-16s, telling Pakistan to buy the jets at market price, cut military aid and the chairman of the House Subcommittee on Terrorism, introduced a bill declaring Pakistan a state sponsor of terrorism.

But a Trump Administration may make financial and military aid to Pakistan more conditional or at least implement what’s already written in law. It is unlikely, however, to sign on to the current Indian template of trying to completely isolate Pakistan. Even a Trump would need a degree of Pakistani cooperation in Afghanistan. Besides, he may not want to cede further space to China which already has become Pakistan’s patron-in-chief.

In the end what Trump does with China will hold the key to the future balance of power in Asia with vast implications for India. It turns out that Trump’s telephone call with Taiwan’s president Tsai Ing-wen upending US policy of four decades was apparently not an impulsive move as believed. A few days later, China seized an American drone operating in international waters in apparent retaliation only to return it a few days later.

Trump’s aggressive stance on China and softer take on Russia will take time to play out. The new world order — if not still born — can create fresh opportunities and alignments for India. His test would be in weaning Vladimir Putin away from China and do a reverse of Nixon’s opening of China. Either way, turbulence is predicted in torrents.

The writer is a senior Indian journalist based in Washington.