Logistical support for this mission, movement of heavy equipment, fuel and other supplies, needs connectivity via Pakistan. 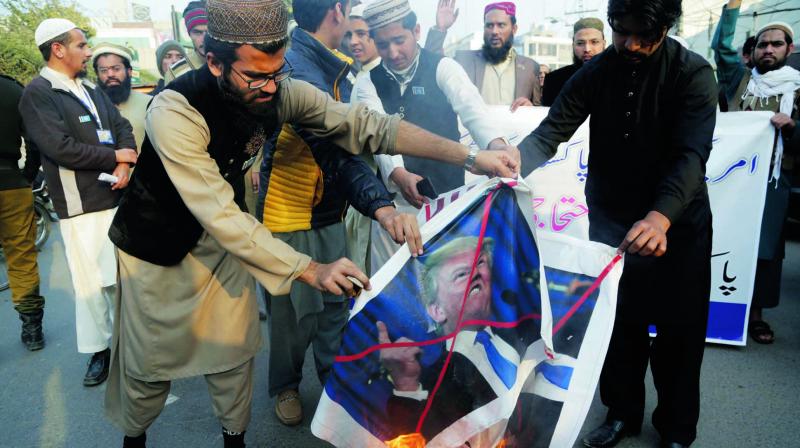 The US-Pak marriage has hit a stormy patch. What makes it different this time round is that American leverage over the country has been supplanted by Chinese munificence with both arms and financial aid. But for the US, Pak’s support on Afghanistan is still crucial.

President Donald Trump’s tweet on Pakistan may have gladdened many hearts in India, but it may not make much of a difference to the U.S.-Pakistan dynamic. Pakistan has, of course, seen this movie before as this is not the first time the U.S. has expressed frustration with its duplicity on terror.  After the Soviet withdrawal from Afghanistan, the U.S. tried sanctioning Pakistan for nuclear transgressions, as also after the nuclear explosions in 1998 and then again after Osama Bin Laden was found hiding in Pakistan. The U.S. National Security Strategy document, published in December 2017, also identifies Pakistan’s support for terrorists operating in Afghanistan as a major problem. 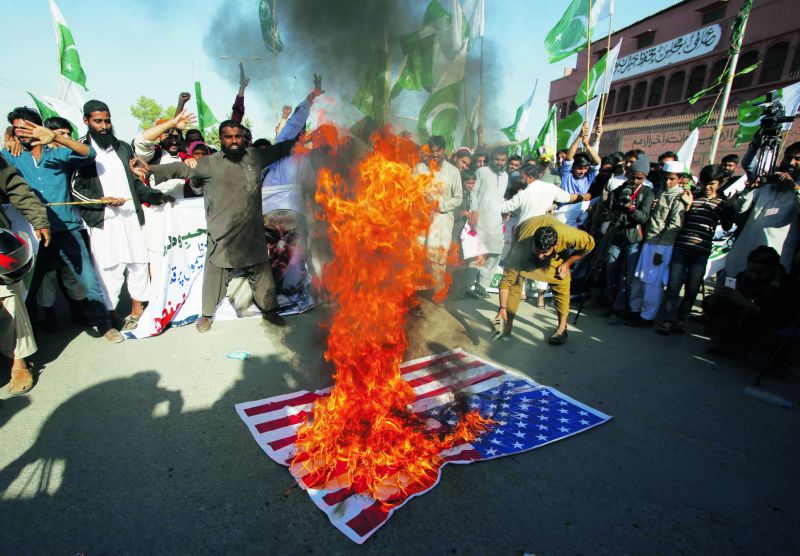 Angry scenes from the streets of Pakistan. (Photo: AP)

The U.S has often issued threats and retreated, depending on Pakistan to do its dirty work in Afghanistan, where the Trump Administration has yet again increased the number of troops. Given the lack of viable options to Pakistan’s support on Afghanistan and reduced American leverage, Pakistan’s behaviour is unlikely to change.

For one, the U.S. remains heavily involved in Afghanistan: NATO, largely the U.S., has around 16,000 troops still based in Afghanistan. The number of private military contractors is usually a multiple. Logistical support for this mission, movement of heavy equipment, fuel and other supplies, needs connectivity via Pakistan. Afghanistan’s northern neighbours, Tajikistan and Uzbekistan, are both landlocked. Airlifting supplies is prohibitively expensive, as the U.S. discovered in 2011, after Pakistan blocked access following a NATO attack that killed Pakistani troops. The U.S. has no diplomatic ties with Iran, Afghanistan’s other maritime neighbour. Thus, it has no viable alternatives to Pakistan, and so the threats are unlikely to be effective. 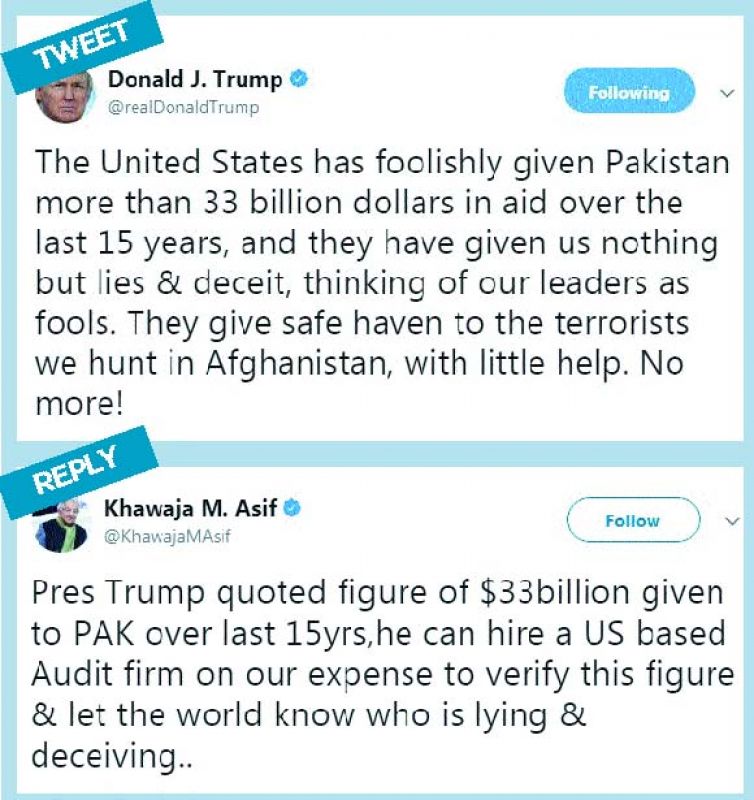 American leverage in Pakistan in the past has been due largely to two factors, money and arms, and China has supplanted it in both these areas. A major source of U.S. influence over Pakistan, historically, has been military ties and arms supplies. During the 1965 and 1971 wars with India, the tanks and combat jets used by Pakistan were largely of U.S. origin.  China has almost completely taken the U.S.’ place. Over 60 per cent of Pakistan’s arms imports (2012-16) were from China. Pakistan uses Chinese-built submarines, warships and combat jets, the most expensive platforms for any armed force. Technology or systems denial by the U.S. will not have the same impact as they could have had in the past.

On the financial front too, U.S. leverage has eroded. During 2016-17, Pakistan received $45 million of FDI from the U.S. whereas FDI inflow from China (on account of investments in the China Pakistan Economic Corridor) was $1,221 million. This is almost a complete reversal of the situation from a decade ago when FDI from the U.S. was $1.3 billion and Chinese investment was scarce.

The U.S. pays a much larger amount to Pakistan as ‘Coalition Support Funds’ or compensation for Pakistani facilities used in support of the war on terror. The CSF compensation averaged $1.6 billion/year for the 2006-15 decade, but is already down to $319 million in 2017.

Meanwhile, Pakistan’s economic position is gradually improving, thanks largely to CPEC.  Pakistan’s GDP growth during 2016-17 was the highest in a decade and this rate is expected to sustain itself during the current and next year. Multiple, China-funded, coal-fired power plants in Pakistan are coming on-stream and will help the country get cheap, reliable and ample supply of electricity, further boosting growth.

Financially, the U.S. leverage on Pakistan is much less than in the past, and in the short run, Pakistan can afford to act aggrieved. But the one major source of leverage that the U.S. still enjoys is its voting rights in multilateral institutions, the World Bank, IMF and Asian Development Bank. The WB and ADB still fund a number of projects in Pakistan, and if the U.S. really wants to apply pressure, it will have to use this route. Secondly, Pakistan’s fiscal deficit increased three-fold to $12.1 billion during FY2017, and it may need a bailout from the IMF. Pakistan has sought IMF assistance multiple times in the past, even as recently as 2013, when it received a package of $6.6 billion. Here again, the U.S. could queer the pitch for Pakistan.

A second handle the U.S. can use against Pakistan (as with many developing countries) is the denial of visas to members of the elite who have family and business interests in the U.S. But the effects of such approaches are dispersed and take time to take effect.

In the early 1990s, at the height of the U.S.’ unipolar moment, Madeline Albright, Bill Clinton’s Secretary of State, declared America the “indispensable nation”, meaning that nothing could happen without the involvement of the U.S. Since then, George Bush blundered into Iraq, Obama led from the rear in the disastrous NATO mission in Libya, but Trump and his advisors seem to think that the U.S. is still indispensable and can threaten Pakistan.