India's risk-taking ability on the rise under 'Modi Doctrine': China

The development of overall relations between India and China has maintained 'steady momentum' since Modi took office. 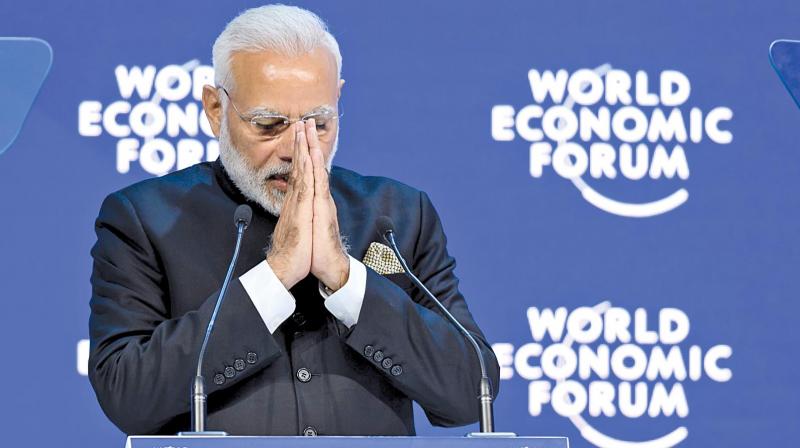 Beijing: India's foreign policy has become vibrant and assertive under the Modi government with its risk-taking ability also on the rise, according to a top official of a prominent state-run Chinese think-tank.

Rong Ying, Vice President of China Institute of International Studies (CIIS), a think-tank affiliated to Chinese Foreign Ministry, said over the past three years, India's diplomacy has been vibrant and assertive, and has formed a distinctive and unique "Modi Doctrine", a strategy for the rise of India as a great power in the new situation.

In an article in the CIIS journal, the first of its kind by a Chinese think tank on the Modi government so far, Rong, who also served as a diplomat in India, took a critical look at India's relations with China, South and South East Asia, India's closer relations with US and Japan, saying Indian foreign policy under him has become increasingly assertive while offering mutual benefits.

On India-China ties, Rong said since Modi took office, the development of overall relations between the two countries has maintained "steady momentum".

"The Dong Lang (Dokalam) incident taking place at the Sikkim section of the China-India borders has not only highlighted the border issue, but also for a time seemed to imperil the overall relationship between the two countries," he said.

Rong, also a senior research fellow at the CIIS, said India and China should stick to the strategic consensus of mutual support for each other's development.

On the future formula for ties, he said as major countries on the rise, India and China are both partners and competitors.

"We must implement the strategic consensus of the two leaders," he said, adding that China is not a "hurdle" for India s development but a major opportunity for India.

"It will not and cannot stop the rise of India. The biggest obstacle to India s development is India itself," he said.

For China, India is an important neighbour and a big emerging country, an important partner in promoting the reform of the international system.

He said from the 'Gujral Doctrine' to the peaceful diplomacy between India and Pakistan proposed by former prime minister Atal Bihari Vajpayee, all previous Indian governments have regarded the South Asian region as their diplomatic priority.

The concept and practice of the 'Modi Doctrine' reflected in South Asia diplomacy, when compared to previous administrations, has highlighted both its own authority as well as the benefits it can provide to its neighbours, and is more concerned about its dominance in South Asia, he said.

While continuing to provide massive assistance to neighbours, the Modi government paid more attention to its control over them, he said alleging that India imposed an economic blockade on Nepal on the constitutional issues relating to Madhesis.

"In order to exert pressure on Pakistan, the Modi government was not averse to crossing the border to attack the base of the anti-Indian organisation in Pakistan-controlled Kashmir," he said.

Also "under the influence of Modi's governing style, the risk-taking and practicability of India's diplomacy are also on the rise, he said, pointing to Indian troops crossing the Myanmar border to destroy rebels bases.

"In 2016, India risked a conflict with Pakistan and crossed the border to attack a militant camp in PoK, at one point causing great anxiety both at home and abroad," he said and criticised India's policy towards Pakistan saying the confrontation will consume India's energy and diplomatic resources and create new problems for India in South Asia.