The unemployment rate will be capped at 5.5%, wages as a share of gross domestic product will be increased 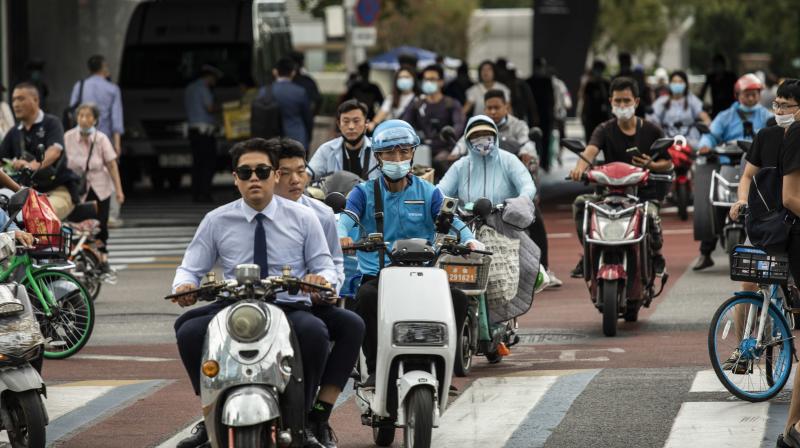 Beijing has pledged to make employment a top priority of its economic policies. (Photo: Bloomberg)

The unemployment rate will be capped at 5.5%, wages as a share of gross domestic product will be increased and the average age of education of the working population will be raised, the State Council -- the equivalent of a government cabinet -- said in a detailed plan published late Friday.

Beijing has pledged to make employment a top priority of its economic policies, a goal that’s taken on more importance recently as authorities make a bigger push to reduce inequality to achieve “common prosperity.” Part of that includes improving workers’ rights, especially in industries like technology, which was put on notice on Friday by a top court warning about excessive-work culture.

On workers’ rights, the government pledged to supervise companies to adopt working hours that are in line with the law and ensure employees get time off. It also pledged to reduce discrimination in the workforce, encourage employers to adopt flexible policies for workers taking care of infants and provide professional training to women who left the workplace to give birth.

A new focus in the employment plan is a pledge to grow the share of workers’ wages in the economy, a move that would narrow the income gap. Beijing pledged to increase the labor compensation for workers, especially for front-line workers, and simultaneously increase wage and labor productivity.

Authorities are also seeking to boost skills levels in the economy, especially through vocational education. The average years of education of the working age group will be increased to 11.3 years from 10.8 years. As the only compulsory target among all the 10 goals listed, it signals the nation’s efforts to upgrade its manufacturing sector and move up the value chain.