Our restraint is not weakness: Raheel Sharif tells India

I want to make it clear to India that considering our policy of restraint a weakness would be dangerous for her, Raheel Sharif said. 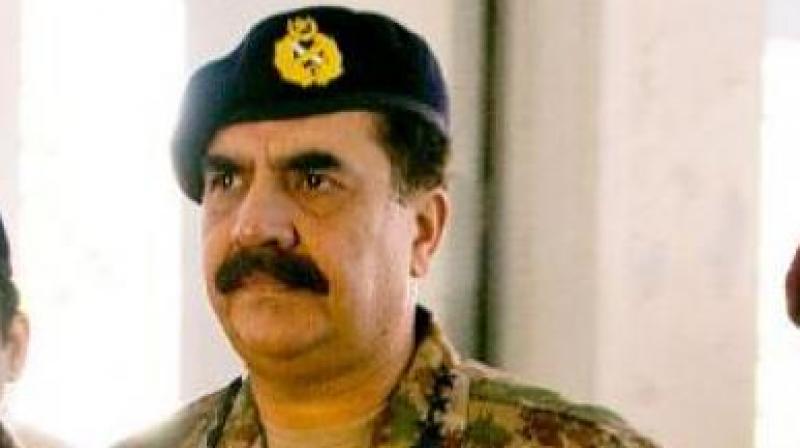 Islamabad: Pakistan's outgoing military chief warned India on Tuesday it would be dangerous to mistake his country's "restraint" over recent tensions in Kashmir for weakness, as he handed over power to his successor.

The hugely popular General Raheel Sharif spoke at a colourful ceremony welcoming the incoming chief General Qamar Javed Bajwa at a stadium at army headquarters in the garrison city of Rawalpindi, adjacent to the capital Islamabad.

"I want to make it clear to India that considering our policy of restraint a weakness would be dangerous for her," he said to applause.

"This is reality, that in South Asia, lasting peace and progress is impossible without solution of the Kashmir issue. For that, international community's special attention is necessary," he continued.

Tensions between the nuclear-armed neighbours India and Pakistan have spiralled following a deadly assault on an Indian army base in September that New Delhi blamed on Pakistan-based militants.

India said it had responded to the September attack by carrying out "surgical strikes" across the heavily militarised border, sparking fury from Islamabad, which denied the strikes took place.

There have been repeated incidents of cross-border shellings and gunfire from both sides since, claiming the lives of dozens of people, including civilians.

Sharif spoke on Tuesday as J&K police said armed militants had launched a fresh attack near the border with Pakistan, killing two soldiers.

Officials said the attack took place in Nagrota in the northern state of Jammu and Kashmir, which borders Pakistan and has seen repeated outbreaks of cross-border firing in recent weeks, and blamed it on "terrorists".

Pakistan on Saturday named Bajwa as its new military chief as Sharif stepped down from a three-year tenure, winning praise for respecting democracy even as many Pakistanis called for him to extend his term.

Military bands played as uniformed soldiers marched at the ceremony Tuesday, where the outgoing chief gives his wooden cane to his successor, symbolising the handover of power.