Early morning closure of Ngurah Rai airport sparked cancellation of nearly 280 flights to, from Bali with some 15,700 passengers affected. 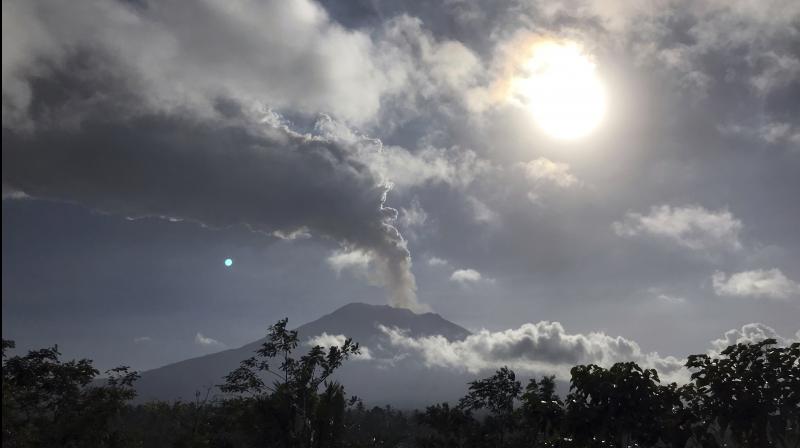 The airport was closed early Friday after a pilot flying overhead detected traces of volcanic ash as high as 23,000 feet. (Photo: AP)

Denpasar: Thousands of tourists were stranded Friday as Bali shuttered its international airport following a volcanic eruption on the Indonesian resort island that shot a thick plume of ash and smoke thousands of metres into the sky, officials said.

The early morning closure of Ngurah Rai airport sparked the cancellation of nearly 280 flights to and from the tropical paradise with some 15,700 passengers affected, according to revised figures from an airport spokesman. 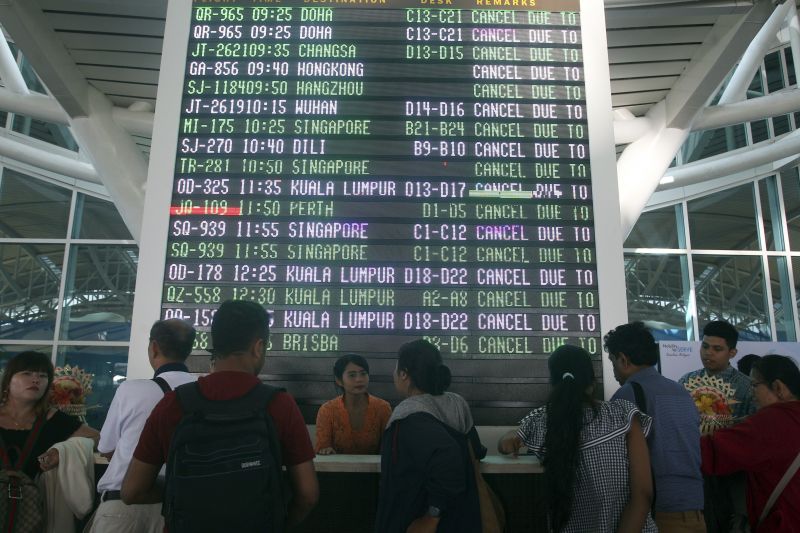 The initial numbers given were nearly 450 flights cancelled and 75,000 travellers affected. The spokesman did not give a reason for the dramatic revision.

A striking orange-red glow could be seen at the top of Mount Agung's crater after it shot smoke and ash some 2,000 metres (6,500 feet) into the sky Thursday evening.

The airport was closed early Friday after a pilot flying overhead detected traces of volcanic ash as high as 23,000 feet.

Ash is dangerous for planes as it makes runways slippery and can be sucked into their engines.

Bali's main international gateway will be closed until at least Friday evening, according to officials, who added that two other domestic airports were also shut. 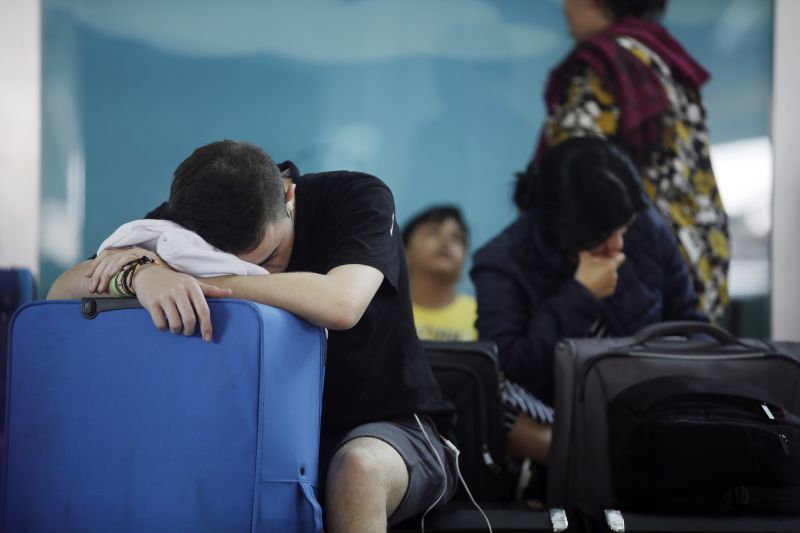 Tens of thousands of locals fled to evacuation centres after last year's eruption.

The volcano is about 75 kilometres from Bali's tourist hub in Kuta.

Australian visitor Rod Bird came early to the airport only to be told his flight back to Perth had been cancelled for the second time.

An earlier flight on AirAsia was called off before the airport was shuttered early Friday morning.

"They told us the volcano is going off so they rebooked us for this morning and we got here at 5:00 am only to be turned away again. So we've had two cancelled flights," Bird told AFP.

"Well it's Bali, these things happen and we are fine with it. We just miss the kids," he added.

Thousands were stranded at the airport or area hotels Friday, but it was not immediately clear how many tourists were unable to leave the island.

There is a four-kilometre (2.5 mile) no-go zone around Agung's peak.

Bali's governor said officials were working on getting visitors on their way.

"We will try our best to find a solution so all visitors can continue their trip," Made Mangku Pastika said.

Agung has been erupting periodically since it rumbled back to life last year.

Indonesia is the world's most active volcanic region and lies on the Pacific "Ring of Fire" where tectonic plates collide, causing frequent volcanic and seismic activities.