The plane, which was on a 15-minute scheduled flight to the town of Jomsom, lost contact with the airport tower shortly after takeoff 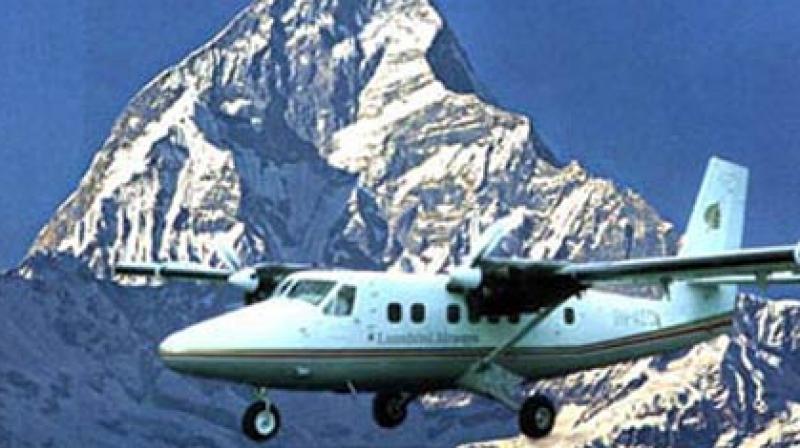 Police official Ramesh Thapa said there was no information on the Twin Otter aircraft and a search was underway. (Representational image)

Kathmandu: A Nepalese passenger plane with 22 people on board, including four Indians, has reportedly gone missing in the Himalayan nation's mountains on Sunday morning, officials said.

A Tara Air airplane, which was on a 15-minute scheduled flight to the mountain town of Jomsom, lost contact with the airport tower shortly after take-off at 9.55 am, a Tara Air official was quoted as saying by the Kathmandu Post newspaper.

According to an air traffic controller at Jomsom Airport, they was an unconfirmed report about a loud noise reported in the Ghasa region of Jomsom, according to the Post report.

A helicopter has been dispatched to the area where the last contact with the airplane was made, an air traffic controller of the Jomsom Airport said.

The last contact was made in Lete Pass region.

The plane was also carrying 13 Nepalis, two Germans and three crew members, according to media reports.

Heavy rains have been reported in the region over the past couple of days, but flights have been operating normally.

It is a popular route for tourists and Indian and Nepalese pilgrims who visit the revered Muktinath temple, which is situated on the foot of the Thorong La mountain pass in Mustang.