The Chinese foreign ministry urged Pyongyang to refrain from activities that go against UNSC resolutions. 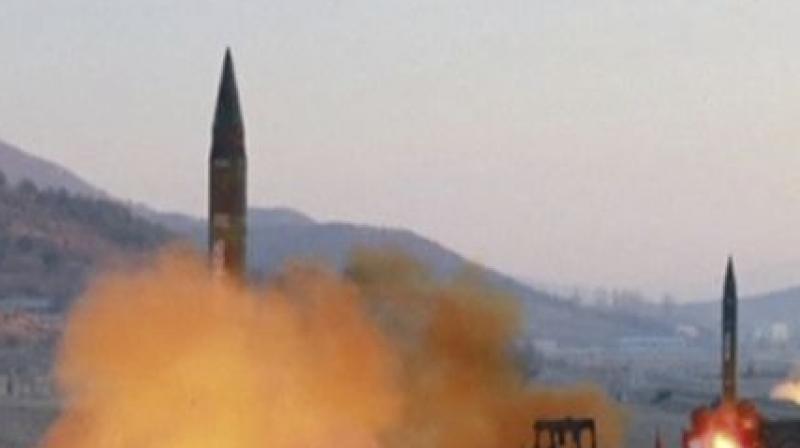 It was the North’s third ballistic missile test in as many weeks and the 12th this year. (Photo: Representational/AP)

Beijing: China pleaded again for dialogue on Monday to ease regional tensions after North Korea launched its latest missile test in defiance of UN sanctions. The Chinese foreign ministry urged Pyongyang in a statement to refrain from activities that go against United Nations Security Council resolutions.

“We hope that related parties can remain calm and restrained, ease the tension on the peninsula, and bring the peninsula issue into the right track of peaceful dialogue again,” it said.

It was the North’s third ballistic missile test in as many weeks and the 12th this year — carried out in defiance of UN sanctions warnings and US threats of possible military action.

Following North Korea’s test-firing earlier this month of what analysts said was its longest-range rocket yet, the UN Security Council vowed to push all countries to tighten sanctions against Pyongyang.

But China, the North’s main trade partner and ally, has repeatedly called for a resumption of six-party talks that have been dormant since North Korea walked out on the negotiations in 2009.

Washington says it is willing to enter into talks with Pyongyang, but only if it halts its missile and nuclear tests.