Kotnis, who hailed from Maharashtra, was sent to China as part of a five-member team of doctors to help the Chinese during World War II 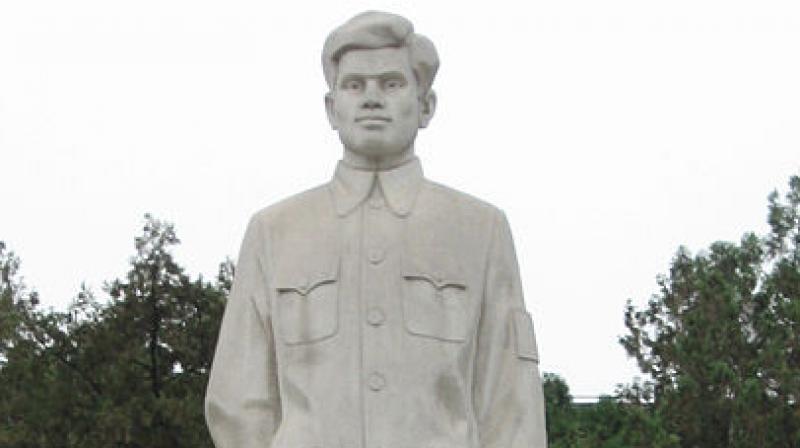 Beijing: A bronze statue of Indian doctor Dwarkanath Kotnis, who is revered in China for his contributions during the Chinese revolution headed by its founder Mao Zedong and the World War II, would be unveiled outside a medical school in North China next month, according to the official media here.

Kotnis, who hailed from Sholapur in Maharashtra came to China in 1938 as part of a five-member team of doctors sent by the Indian National Congress to help the Chinese during World War II. He joined the Communist Party of China (CPC) in 1942 and died the same year at the age of 32.

The bronze statue of Kotnis, known in China as Ke Dihua, would be formally unveiled at the medical school at Shijiazhuang in September, state-run Xinhua news agency reported on Thursday.

Kotnis' medical assistance during the difficult days of the Chinese revolution was praised by Chinese leader Mao Zedong. His status and memorials were also set in some of the Chinese cities in recognition of his services.

He is married to Chinese national Guo Qinglan, who died in 2012.

Apart from the school named after him as the Shijiazhuang Ke Dihua Medical Science Secondary Specialised School, there are memorials of Kotnis in both Shijiazhuang, the capital of Hebei province, and Tangxian county where he once worked.

Mao wrote in his eulogy that "the army has lost a helping hand, the nation has lost a friend. Let us always bear in mind his internationalist spirit".

According to Liu Wenzhu, an official of the Shijiazhuang Ke Dihua Medical Science Secondary Specialised School, since the founding of the school in 1992 more than 45,000 medical professionals have graduated from it.

Each of the new students and staff must swear in front of a stone statue of Kotnis that they would work like him, he said.

Liu hopes that Kotnis will be remembered not only as a symbol inspiring medical students to work hard, but also an eternal bond between the people of China and India.

"We are the world's two most populous countries ... We should always be friends, coexisting peacefully," he told Xinhua.