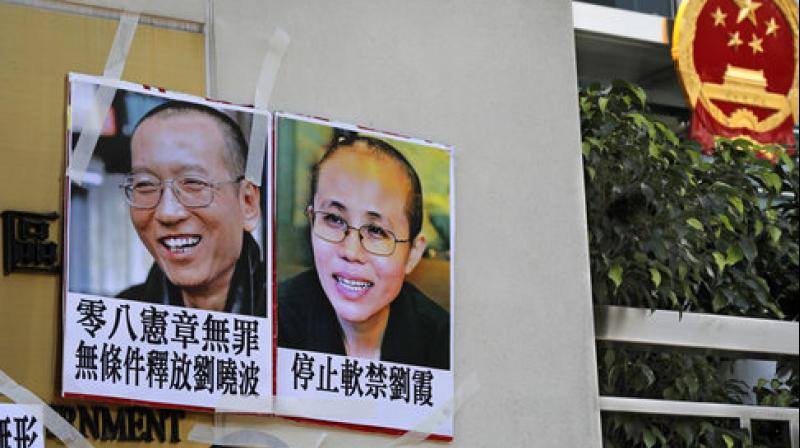 Beijing: The new US ambassador to Beijing said on Wednesday that Nobel Peace Prize laureate Liu Xiaobo should be allowed to receive treatment outside China after he was diagnosed with cancer while in prison for advocating democratic reforms.

China should allow 61-year-old Liu to seek treatment elsewhere "if it would be of help," Ambassador Terry Branstad told reporters at his first public appearance since arriving in Beijing this week.

The former six-term Iowa governor appointed as the envoy to China by President Donald Trump did not say if he'd spoken directly with Chinese authorities about the matter, emphasising cooperation instead.

"It's important that we work together between our two countries to address these human rights issues," Branstad said.

Liu was given a medical parole and hospitalised after being diagnosed with late-stage liver cancer on May 23. His wife has said in video circulated by supporters that Liu's cancer has advanced beyond any potential treatment.

The writer and literary critic received the 2010 Nobel Peace Prize while serving an 11-year prison term for co-authoring Charter '08, a manifesto calling for an end to single-party rule in the Communist nation.

News of Liu's illness drew questions from his supporters and human rights advocates on whether China's government provided him with adequate care while incarcerated.

Chinese prisons are notorious for their harsh conditions, and it's common for released prisoners to return to society in a dangerously weakened state.

The Trump administration's handling of Liu's case could provide an early indication of how forcefully it is willing to push China on human rights.

On Monday, the State Department called for Liu's release as well as that of his wife, Liu Xia, who has lived for years under house arrest.

China should "provide them the protections and freedoms such as freedom of movement and access to medical care of his choosing, to which they're entitled under China's constitution and medical system and international commitments," the statement said.

On Tuesday, the State Department downgraded China to its lowest ranking on human trafficking, after the Trump administration had previously avoided public criticism of Beijing on human rights.