Will examine India's request for access to Jadhav on 'merit': Pak 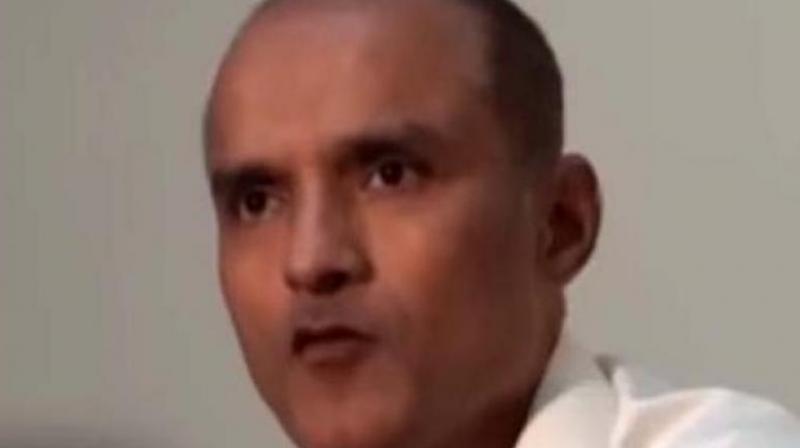 Islamabad: Pakistan on Thursday said that it will decide "on merit" the request made by India for consular access to its citizen Kulbhushan Jadhav who has been sentenced
to death by a military court on spying charges.

Pakistan's assertion came a day after India handed over an appeal by the mother of Jadhav, who has been sentenced to death by the Field General Court Martial, to the appellate court, initiating a process to get his conviction overturned.

Foreign Office spokesperson Nafees Zakaria said that India has sought consular access to 46-year-old Jadhav. "We have made it clear time and again that Pakistan and India have signed an agreement on consular access in 2008, and according to clause VI of that agreement, decision to grant consular access in cases where detentions and arrests relate to political or security matters, the request of consular access will be decided on merits of the case", he said.

Referring to Indian High Commissioner Gautam Bambawale's demand for consular access to Jadhav during a meeting with Foreign Secretary Tehmina Janjua on Wednesday, the spokesman said that the Indian diplomat had submitted a request for an appeal "which will be examined by experts."

Zakaria's statement differs from that of army spokesman Major General Asif Ghafoor who had said last week that Jadhav was a spy and consular access cannot be given to spies.

Similarly, Foreign Secretary Tehmina Janjua was quoted by local media as saying yesterday that consular access agreement was related to prisoners and not spies.
Pakistan has rejected India's request for consular access to Jadhav 15 times.

Zakaria alleged that Jadhav was a serving commander of Indian Navy, working for Indian intelligence agency RAW and was caught red-handed.

India acknowledges that Jadhav had served with the navy but denies that he has any connection with the government. Jadhav made confessions, and was tried for espionage activities, Zakaria said, adding that his trial was conducted according to the law of the land in a transparent manner.

Pakistan claims its security forces had arrested Jadhav from the restive Balochistan province on March 3 last year after he reportedly entered from Iran. It also claimed that he was "a serving officer in the Indian Navy."

The Pakistan Army had also released a "confessional video" of Jadhav after his arrest.
However, India denied Pakistan's contention and maintained that Jadhav was kidnapped by Pakistan's agencies.

"Pakistan has always highlighted to the International Community that India uses Afghan soil against Pakistan and it has been repeatedly stated by those in India in position of
authority and responsibility that their effort is to squeeze Pakistan from the eastern and western borders," he alleged.

He urged the international community to take note of "Indian state sponsorship of activities of subversion, terrorism and financing of terrorists against Pakistan."