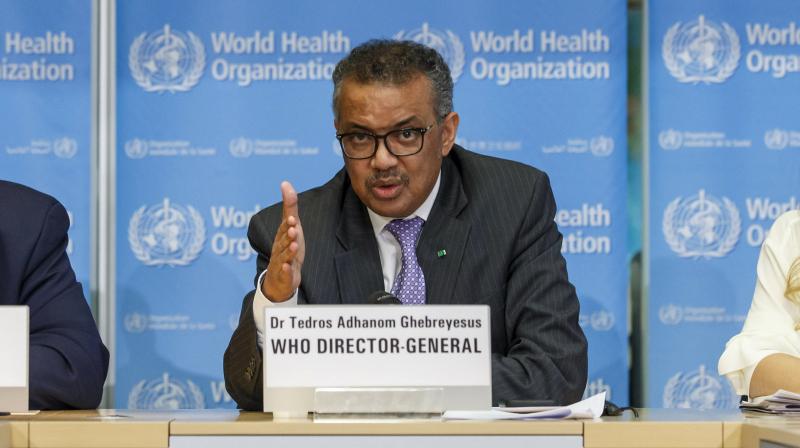 WUHAN: A team of experts from the World Health Organization left quarantine in Wuhan on Thursday to begin a heavily scrutinised probe into the origins of the Covid-19 pandemic, after Washington urged a "robust and clear" investigation.

The group started a two-week quarantine on arrival on January 14 in the central Chinese city where the first known cluster of virus cases emerged in late 2019.

Wearing masks, they peered at the ranks of waiting media from the window of a bus which whisked them from the quarantine to another hotel on Thursday -- although it was not immediately clear when and where their investigation will start.

The virus is believed to have come from bats and to have initially spread from a wet market in Wuhan where wild animals were sold as food.

The WHO insists the visit will be tightly tethered to the science of how the virus -- which has killed more than two million people -- jumped from animals to humans.

But in a sign of the political baggage attached to their mission, US President Joe Biden's new administration weighed in before the experts had even finished quarantine.

Speaking to reporters on Wednesday, new White House spokeswoman Jen Psaki said it was "imperative we get to the bottom" of how the virus appeared and spread worldwide.

Psaki voiced concern over "misinformation" from "some sources in China" and urged a "robust and clear" probe.

Beijing snapped back on Thursday, warning the United States to "respect facts and science, respect the hard work" of the WHO experts.

They must be allowed to work "free from political interference", Ministry of Foreign Affairs spokesman Zhao Lijian told reporters.

He said their mission will include "seminars, field trips and visits" specifically linked to "scientific origin tracing".

But in a mission dogged by delays and obfuscation from their Chinese hosts, it remained unclear what the expert team will be allowed to see in Wuhan -- or what useful evidence remains a year after the outbreak in a country which has vigorously controlled the narrative of how the pandemic began.

The early days of the outbreak remain among the most sensitive topics in China today, with the Communist leadership seeking to stamp out any discussion that shows its governance in a poor light.

Beijing has also sought to seed doubt into the origin story, floating the unsubstantiated theory that the virus emerged elsewhere.

Another theory, amplified by former US president Donald Trump, is that it leaked from a laboratory in Wuhan where researchers were studying coronaviruses.

Relatives of Wuhan's coronavirus dead have called for a meeting with the team from the UN health agency, saying they have been facing new levels of official obstruction since the WHO team arrived.

According to official Chinese figures the virus killed nearly 3,900 in Wuhan, accounting for the vast majority of the 4,636 dead China has reported.