Discontinuation of the note will be a source of major discomfort and anxiety for the people, Pakistan’s Ministry of Finance said. 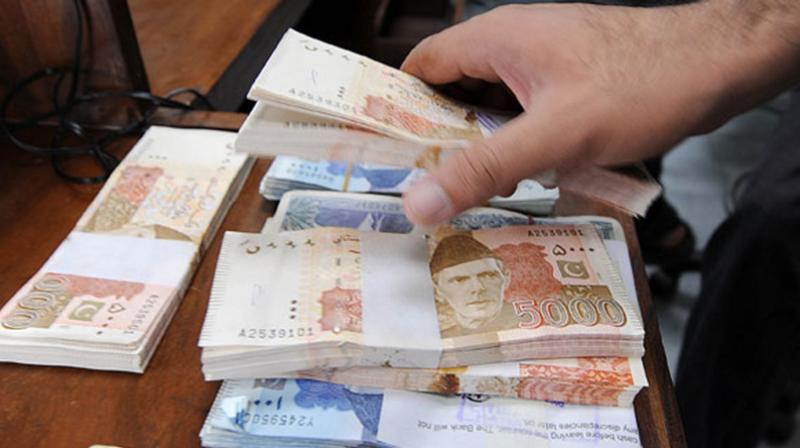 Pakistan on Tuesday rejected reports about demonetisation of Rs 5,000 notes to curb corruption in the country. (Photo: AFP/File)

Islamabad: Pakistan on Tuesday rejected reports about demonetisation of Rs 5,000 notes to curb corruption in the country.

The Ministry of Finance, in a statement, denied the reports and said the government has neither taken such a decision nor is there any justification for the discontinuation of Rs 5000 note.

"The current denomination of highest value notes in Pakistan, i.e. Rs 5,000, is significantly smaller compared to those of major currencies such as the USD 100 note, Euro 200 and Pound Sterling 50. During 2015-16, only 17 per cent of the notes printed were of Rs 5000 denomination," the statement further added.

It said that in view of the continuing use of cash in transactions, the discontinuation of the Rs 5,000 note will adversely affect the efficiency of exchange in commercial activities and be a source of major discomfort and anxiety for the people.

"As such the very notion of cancellation of such convenience in transactions is preposterous and unequivocally denied," it said further.

The ministry further stated that it is pursuing the National Financial Inclusion Strategy in association with the State Bank, through which digital transactions and branch-less banking will be brought to the doorstep of people that would significantly reduce the dependence on currency.

"This is the way to move forward for promoting documentation in the economy rather than by cancelling any existing denomination," it said.

There were reports that the highest denomination note in Pakistan may be cancelled as it is perceived to have made the carrying and hiding of ill-gotten money easier.

Last week, the Senate had passed a resolution calling on the government to withdraw the Rs 5,000 note from circulation.

The resolution was moved by Senator Osman Saifullah Khan of the opposition Pakistan People Party.