China said that it has lodged diplomatic protests with India, alleging that the troops trespassed into the Sikkim sector. 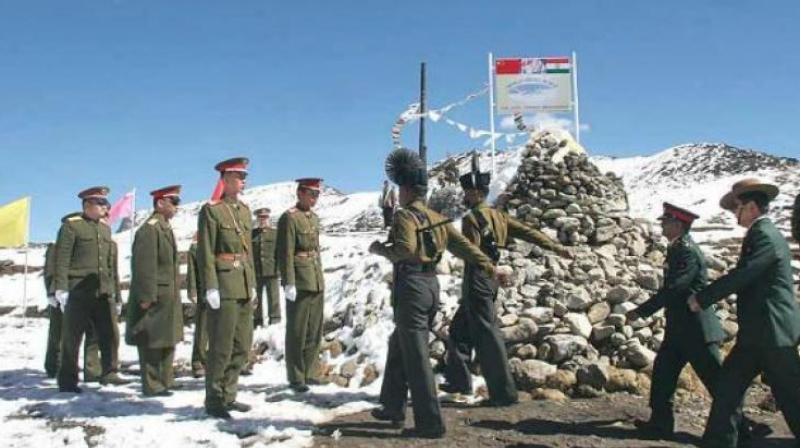 Beijing: China on Tuesday accused Indian troops of "crossing the boundary" in the Sikkim region and demanded their immediate withdrawal, while asserting that it has shut down the Nathu La pass entry for Indian pilgrims travelling to Kailash Mansarovar because of the border standoff.

China also said that it has lodged diplomatic protests with India, both in New Delhi and Beijing, alleging that the Indian troops trespassed into Chinese territory in the Sikkim sector.

"We have lodged solemn representations in Beijing and New Delhi to elaborate on our solemn position," Chinese Foreign Ministry spokesman, Lu Kang told a media on Tuesday.

"Our position to uphold our territorial sovereignty is unwavering. We hope the Indian side can work with China in the same direction and immediately withdraw the personnel who have overstepped and trespassed into Chinese border," he said.

China on Monday said that it stopped the Indian pilgrims who enter Tibet via the Nathu La pass "for safety reasons" in view of the border issue.

"China urges India to immediately withdraw its border guards that have crossed the boundary and have a thorough investigation of this matter," Chinese Foreign Ministry spokesperson Geng Shuang said.

"The Indian border guards crossed the boundary in the Sikkim section of the China-India border and entered the territory of China, and obstructed normal activities of Chinese frontier forces in the Donglang area recently, and the Chinese side has taken counter-measures," he said in a statement last night.