Mohomed Hashim Madaniya, sister of the suspected mastermind behind the blasts on Easter, said her family is missing since the attacks. 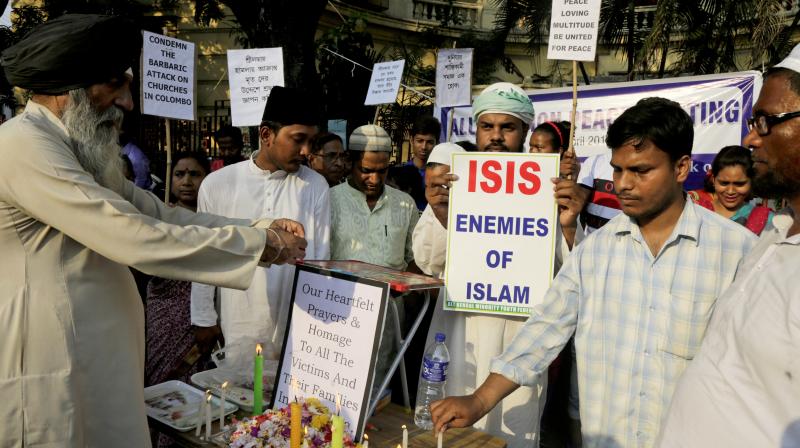 Intelligence officials and Prime Minister Ranil Wickremesinghe believe that Hashim, a Tamil-speaking preacher from the east of the country, may have been the mastermind. (Representational Image)

Colombo: Mohomed Hashim Madaniya, sister of the suspected mastermind behind the deadly serial blasts that rocked Sri Lanka on Easter Sunday, killing more than 250 people, said that her entire family has been missing since the day of the attacks.

"I went and gave food to my parents and my sisters family on April 18, and haven't heard from them since," the 25-year-old woman was quoted as saying.

Madaniya said that her brother, Zahran Hashim, 33, is the eldest of all siblings. He is married to Mohomed Haadiya, 23, and is the father of two children aged a boy aged eight and a girl aged four.

The remaining sister Mohomed Yaseera Hashim, 20, was married to Mohomed Rishad, 22, and is the mother of a boy aged one year, all of whom have left without a trace, Madaniya added.

"I don't know where they are. From the 18th onwards I have had no contact with them," Madaniya was quoted as saying.

"It was early 2017 when he started preaching things that we thought were out of line. They were things like the world was made for Muslims and was against other religions," she said.

"My husband didn't like what he was saying so we stopped our connections with him. That didn't mean we were angry, it's just that we stopped following him," she added.

On April 21, eight explosions rattled Sri Lankan cities of Colombo, Negombo, Kochchikede and Batticaloa as the Christian community celebrated Easter. More than 500 people were injured in the serial blasts on Sunday.

Shortly after the Islamic State claimed responsibility for the attacks, a video released by the terror group featuring Hashim, dressed in a black tunic, a headscarf and carrying a rifle, standing beside the group''s chief Abu Bakr Al-Baghdadi.

According to Channel NewsAsia, the Sri Lankan government has accused Hashim indirectly, saying the group he was believed to lead - the National Thowheeth Jama''ath (NTJ) - carried out the attacks.

Intelligence officials and Prime Minister Ranil Wickremesinghe believe that Hashim, a Tamil-speaking preacher from the east of the country, may have been the mastermind.

Apart from prior warnings of the attacks provided by India, the United States network cited an intelligence source as saying that "during the interrogation of an accused, he disclosed the name of a man, Zahran Hashim, who is one of the suicide bombers and is associated with NTJ".

In response to allegations against Hashim, Madaniya said, "I fear for my safety. We live under a lot of tension."

"It's unbearable to know what has happened. I don't want to have anything to do with him and hope he is dead," she added.

When asked as to what she believes is the reason her immediate family have been untraceable she said she assumed the worst.

"They must have joined him. They never spoke to me about him because they knew my husband didn't like him. I am the only one who has to take on all of this blame and suffering now. I don''t want to have anything to do with any of them," Madaniya was quoted as saying.

Over 75 suspects have been arrested so far by the Sri Lankan security forces who conducted nationwide search operations to arrest suspects linked to Sunday's explosions.