Kasem bin Abubakar was told nobody would buy his romance novels about devout young Muslims finding love in Bangladesh. 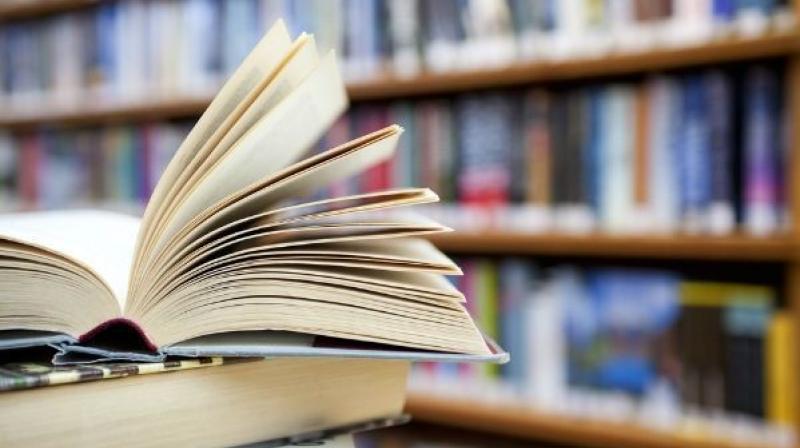 Abubakar took up the pen in the late 1970s, when as a bookseller he lamented that most novels obsessed with the cosmopolitan lifestyles of modern, elite Bangladeshis. (Photo: File/Representational Image)

And yet his tales of lovers whispering sweet nothings between calls to prayer sold millions in the 1980s and proved a huge hit among young girls from Bangladesh's rural, conservative heartland.

Now his work is undergoing something of a renaissance as Bangladesh slides from the moderate Islam worshipped for generations to a more conservative interpretation of the scriptures.

"Girls write me love letters with ink dipped in their own blood. Some were desperate to marry me" Abubakar said, recounting his surprise at young women making a traditional gesture of intense devotion to a greying author.

Abubakar was inspired to take up the pen in the late 1970s, when as a bookseller he lamented that most novels obsessed with the cosmopolitan lifestyles of modern, elite Bangladeshis.

These secular tales were a world removed from the largely rural and pious village existence lived by the majority of Bangladesh's 160 million people, and Abubakar sensed a gap in the market ripe for his fiction.

"He tapped into a new readership that nobody thought existed before," said Bangladeshi journalist Qadaruddin Shishir.

"In rural villages, Abubakar's novels are the best gift a young lover can give to his fiancee."

Abubakar wrote "The Blossomed Rose" -- a story about two mismatched young Muslims seeking consent for marriage from their families -- by hand in 1978, but it took almost a decade for a publisher to even look at it.

"They told me 'mullah novels' don't sell," he said.

Eventually he sold the copyright to a publisher for a mere 1,000 Taka (USD$12.50), and became an overnight sensation.

Since his breakthrough, Abubakar has written dozens of works, most revolving around the mosque, veiled women and wayward youth abandoning so-called corrupt lifestyles after finding religion.

Secular activists fear creeping conservatism could unwind many of the gains made by the impoverished nation in improving school attendance and gender equality.

"They can relate to these stories and are comfortable with the settings and language their protagonists speak," he said.

Abubakar has inspired a new generation of Bangladeshi writers who are finding success with their own contemporary brand of Islamic fiction.

Mitul in particular shot to fame in the 2000s with his own story about a burqa-clad girl reminiscent of Abubakar's breakthrough "The Blossomed Rose".

"I think a lot of people still think it was written by my father. But it was Mitul's work and it sold tens of thousands of copies," Saifullah joked.

Aspiring author Abdul Alim said Abubakar's works had motivated his own plotlines -- moral tales that in the end showed "Islam has answers" for society's ills.

"He is such a talented story teller. He showed us the way," Alim said of Abubakar.

For Abubakar, his fans keep him busy even two years into retirement. At a bookstore recently the octogenarian signed autographs for his readers, many women in full-face veils clutching his titles.

The fan mail keeps the postman busy, too. Apart from the marriage proposals and overtures of love, Abubakar has received confessions from corrupt bureaucrats thanking him for steering them down the honest path, he said.

"Everyday the postman would arrive with hundreds of letters. He became a permanent member of our family," Abubakar said.