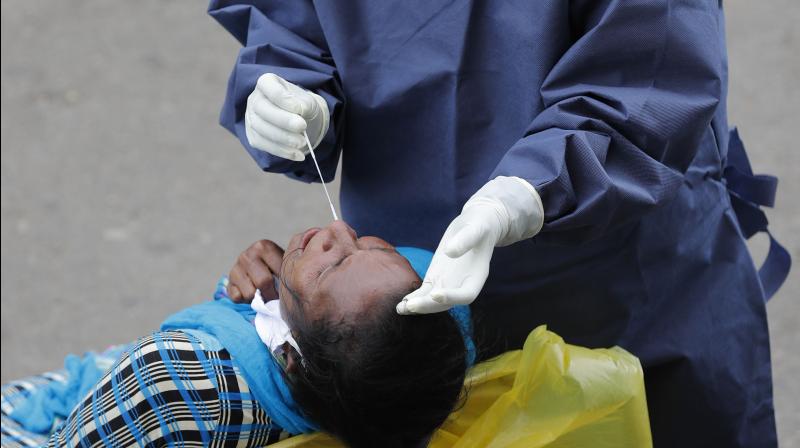 Colombo: The Sri Lankan government's efforts have been successful in completely curbing the social spread of the coronavirus and the country has not witnessed a single community case for the last nearly three months, head of the COVID-19 task force said.

Lt General Shavendra Silva, who is also the Army Commander, said that all the positive cases since April 30, including over 500 at the Kandakadu drug rehabilitation centre, were those who contracted the virus from Sri Lankan expatriates whose return was facilitated by the government.

"We haven't found a single case within the community since April 30," Silva told reporters.

"We have been able to completely curb its social spread," he said

Silva said that various rumours were being floated of a second wave of infections since the detection of positive cases from the drug rehabilitation centre two weeks back, when over 500 people were put under quarantine.

The government halted the repatriation of its citizens from various countries from July 14 in view of the increasing number of cases.

"We decided to delay the process of returnees in order to make the quarantine facilities available to tackle any possible spike from the drug rehabilitation centre contacts," he said.

Silva said that around 20,000 people, who were repatriated, have been quarantined and another 5,000 returnees are currently under quarantine.

Sri Lanka's coronavirus tally stands at 2,764 with 11 deaths. Around 600 patients are currently undergoing treatment in hospitals. The country lifted its COVID-19 lockdown in June.

Silva's statement came as the Opposition parties raised fears of a second wave while expressing dissatisfaction over the government's ability to handle the pandemic.

The Opposition's call to postpone the August 5 parliamentary elections due to a possible second wave was rejected.