China orders closure of US consulate in Chengdu in retaliation 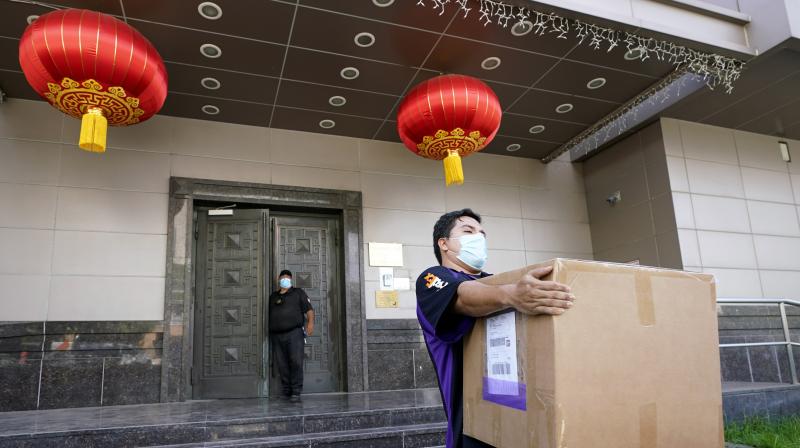 The move comes after repeated threats of retaliation against the Houston consulate closure if the US did not withdraw its decision. (AP)

Beijing: China on Friday ordered the closure of the US consulate in the southwestern city of Chengdu in retaliation for America shuttering Beijing's diplomatic mission in Houston this week.

The move was a "legitimate and necessary response to the unreasonable measures by the United States", the foreign ministry said in a statement.

"The current situation in China-US relations is not what China desires to see, and the US is responsible for all this," the statement added.

Tensions have soared on multiple fronts between the world's two biggest economies, deteriorating further after Washington ordered the closure of the Houston consulate on Tuesday within 72 hours.

The United States cited Chinese theft of intellectual property for the closure, which came a day after the Justice Department unveiled the indictment of two Chinese nationals for allegedly hacking hundreds of companies and attempting to steal coronavirus vaccine research.

China had threatened to retaliate against the consulate closure if the US did not withdraw its decision.

In its statement on Friday, China's urged the US again to backtrack and "create the necessary conditions for bilateral relations to return to normal".

The US has an embassy in Beijing as well as five consulates in mainland China and one in Hong Kong.

The Chengdu consulate was established in 1985 and has around 200 staff with approximately 150 locally hired Chinese employees, according to its website.

It has been the site of diplomatic drama in past years.

In 2013, China demanded the US provide an explanation for a spying programme after news reports said a top-secret map leaked by fugitive intelligence analyst Edward Snowden showed US surveillance facilities at embassies and consulates worldwide -- with the Chengdu consulate among them.

The Chengdu mission was also where senior Chinese official Wang Lijun fled in 2012 from his powerful boss Bo Xilai who was then head of the nearby metropolis Chongqing.

In recent days, Washington and Beijing have been crossing swords over a slew of issues ranging from trade to the coronavrius pandemic and China's policies on Hong Kong, Xinjiang and the South China Sea.

Michael McCaul, Republican Leader on the House Foreign Affairs Committee, said the consulate was the "epicentre" of Chinese efforts to steal "sensitive information to build up their military".